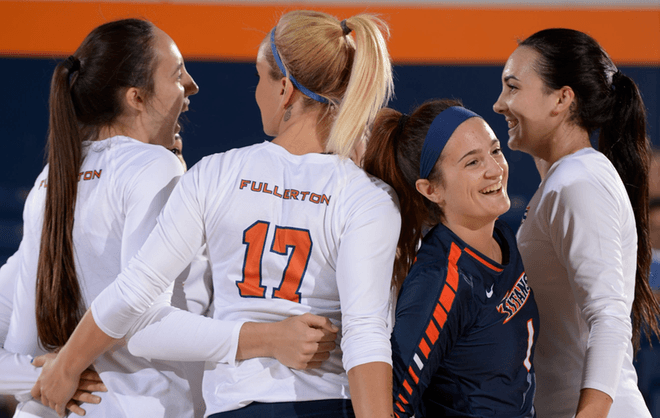 Cal State Fullerton is adding Cady Francis, a transfer from Mira Costa Community College, to its 2017 roster. A 5’6″ libero/outside hitter, Francis will be a junior in the upcoming season and henceforth have two years left of eligibility.

Originally from Oceanside, California, Francis attended La Costa Canyon High School where she was a two-time All-Avocado League selection in addition the the league’s player of the year in her senior season. Her performance earned her a spot on the Mira Costa Community College roster, where she spent two years. In her freshman season, she was all-region honorable mention and as a sophomore she was the Pacific Coast Athletic Conference Athlete of the Year.

“Cady has an infectious personality,” Cal State Fullerton head coach Ashley Preston said in the team’s release of the news. “She knows how to be an encouraging leader and has great knowledge of the game. She was the Pacific Coast Athletic Conference Athlete of the Year and a first team all-state member. Her passing rate and digs per set will be valuable to our first contact and defensive game.”

Cal State Fullerton went 6-24 in 2016 with a 1-15 mark in the Big West. Although it wasn’t the strongest season, it was an improvement on the year from a team that couldn’t scratch across a win in 2015. As they continue to improve, they will look to get back to the team they had in 2010 when they won 26 matches.