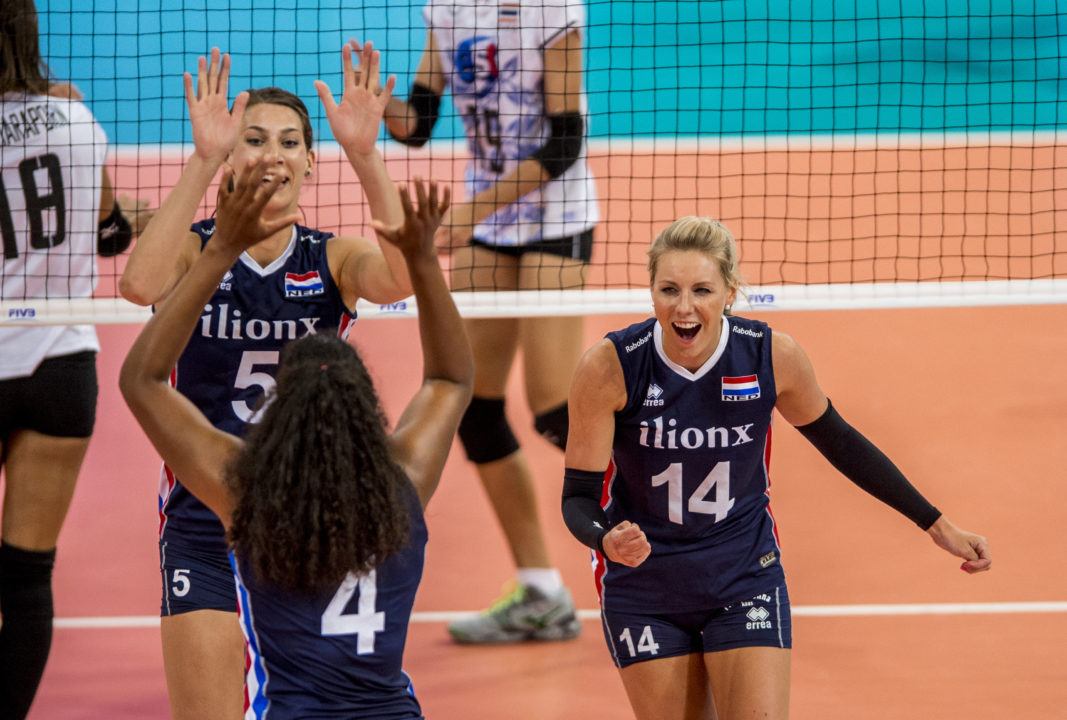 Pool F1 will feature a rematch between the Dominican Republic and The Netherlands, where the Dutch crew won in a three-set sweep in week one.  Current Photo via FIVB

Pool F1 will feature a rematch between the Dominican Republic and The Netherlands, where the Dutch crew won in a three-set sweep in week one. Both teams dropped one match on the week, but The Netherlands came out on top of the pool with seven points to the Dominican’s six.

Rounding out the pool is Belgium and Russia, who both went 0-3 in their first week of play. The Belgium crew won just one set on the week, while the Russians came close in every match, going to five sets but choked late, losing all matches.

The pool will not be easy, with three top-10 teams:

The Dutch team was led by Celeste Plak, who contributed 49 points in week one on 42 kills, three blocks and four aces. The continued output from Plak and teammate Robin De Kruijf, who has 38 points on 25 kills, 12 blocks and one ace, The Netherlands will have a shot of another first place pool finish.

For the Dominican, Bethania De La Cruz De Pena led the scoring with 48 points on the week. Russia will have to use Irina Voronkova to help take down the Dominican crew, as Voronkova put down 52 points in week one.

Below are the Group 1 standings, with Pool E1 teams having asterisks (*).