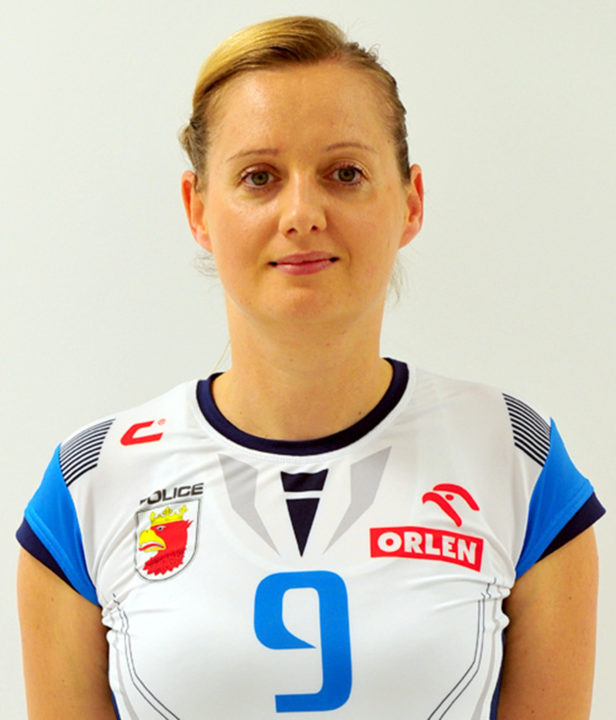 Polish club Developres Rzeszów has announced in its official website the signing of former Polish national team setter Agnieszka Rabka through the end of the season. The very experienced 39-year-old Agniezka will be transferring out of KSZO Ostrowiec.

Although she had stints in Germany and Turkey, Agnieszka really had her rise to fame in her home country. She won the Polish domestic Championship 4 times, three with Muszyna (2008, 2009, and 2011), and one with Chemik Police (2015). She also was frequently called upon to defend Poland’s national team from 2004 to 2010.

Agnieszka will have tough challenges ahead with Developres Rzeszów, as the squad has high hopes for its performance at the 2018 CEV Champions League. So far, Developres has won its debut match against ASPTT Mulhouse on December 13, and will follow into the competition against Volero Zurich on January 25. In addition, the team hopes to improve from its bronze medal finish in last year’s Polish League. It currently sits in 2nd place in this season’s standings with a 10-2 record.