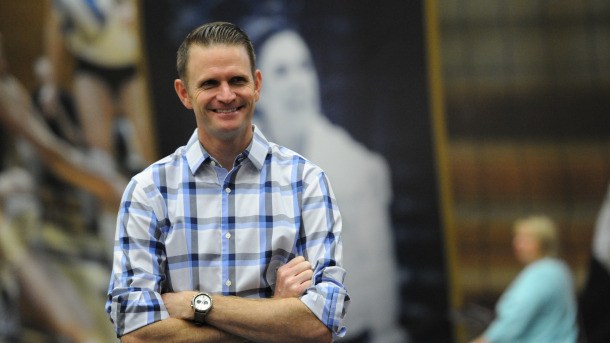 Following Pitt’s most successful season since 2003 in which he led the program to the second round of the NCAA... Current Photo via Pitt Athletics

Following Pitt’s most successful season since 2003 in which he led the program to the second round of the NCAA Tournament, University of Pittsburgh head volleyball coach Dan Fisher has been awarded a contract extension by interim Athletic Director Randy Juhl.

Two years will be added to Fisher’s original seven-year agreement, which began in January of 2013. Fisher is now signed through the 2021 season.

“It is an honor to work at Pitt and continue the journey we started four years ago,” said Fisher. “I am grateful to be at a place that supports volleyball and values what we have accomplished. Pittsburgh has become my home and I am excited about our future.”

Fisher, a highly respected coach on the collegiate, national and international levels, recently led the Panthers to their first NCAA Tournament appearance in 12 years, advancing to the second round for the first time in 13 years. Since his debut season in 2013, Fisher has compiled a record of 92-38 (.708), including three-straight 20-win seasons, marking the first time that has been accomplished since the 2002-04 seasons.

As a head coach at the international level, Fisher led the 2015 U.S. Women’s National Team to a gold medal at the Pan American Games for the first time since 1967. In 2016, he was named the leader of the Women’s National Team for the Pan American Cup where he led Team USA to a bronze medal. At the international level, Fisher has worked alongside some of the sport’s top coaches, including renowned volleyball icon, Karch Kiraly.

The Panthers’ spring season will officially begin Friday, March 3. Following two weeks of practice, Pitt will begin spring competition, as they are set to take part in four scrimmages.