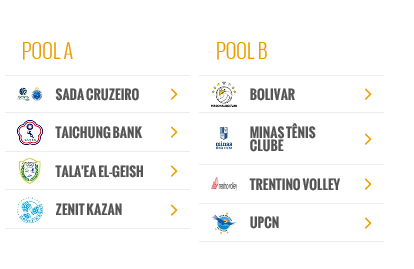 Nikolay Uchikov led the way for UPCN with eight kills, two blocks and two aces. Close behind was Martin Ramos with seven kills, three blocks and one ace.

Leading the way for Minas Tenis Clube was Yordan Bisset Astengo with a match-best 14 kills. Tiago Wesz contributed nine kills to the effort.

Not much scoring happened for Taichung Bank in the three set drop, Chien-Feng Huang led the team with six kills.