Dinamo Kazan’s Voronokova: “How Dare They Beat Us In The Second Set” 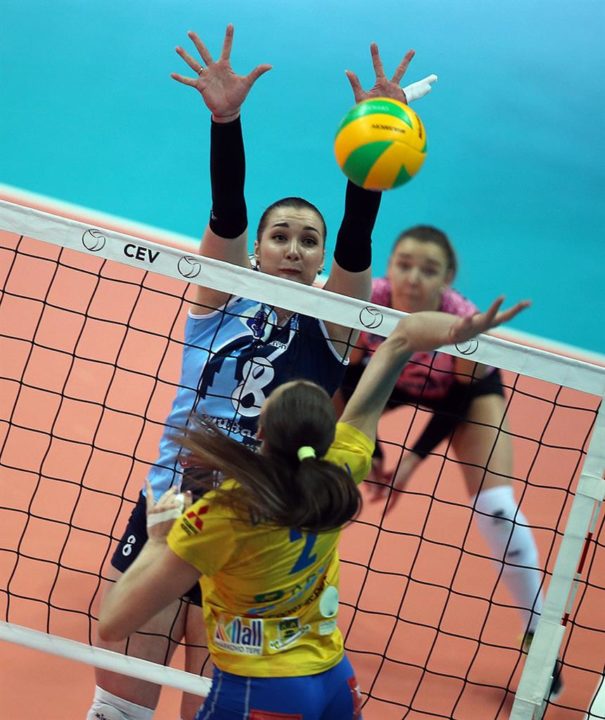 Tensions were high in Dinamo Kazan's final match of round four in the Champions League as they dropped one set to Maritza Plovdiv. Current Photo via CEV

Tensions were high in Dinamo Kazan’s final match of round four in the Champions League as they dropped one set to Maritza Plovdiv. Players like Irina Voronkova were not pleased with the non-sweep making comments following the match in a rage.

“They would better not piss me off! Indeed, at the beginning of the match we failed – we showed a poor game without any enthusiasm. But after losing the second set, we got really angry. Personally, I was in a rage! I was so angry at myself and at my opponent. How dare they beat us in the second set?! They’d better not mess with us!” – Irina Voronkova

The heightened emotions of Voronkova following the 3-1, (25-23, 21-25, 25-15, 25-6) defeat over the Bulgarian squad were seen as potentially unsportsmanlike. The Bulgarian team had no chances of making the next round of the competition no matter the result of the match, so they played more relaxed than normal, which helped them in the beginning but the set they took away from Kazan sparked a stronger turnout from the Russian side.

Kazan led the Bulgarians in the second set 20-15 but was unable to hold onto the set, as Maritza went on a 10-1 run to take the set. This enraged the top Russian side, as they dominated the floor in the next two sets to take the win.

Despite the attacking comments from Voronkova, Kazan still advances to the Playoffs 6 of the Champions League where they will face off against Italy’s Imoco Volley Conegliano who has had a strong fourth round.