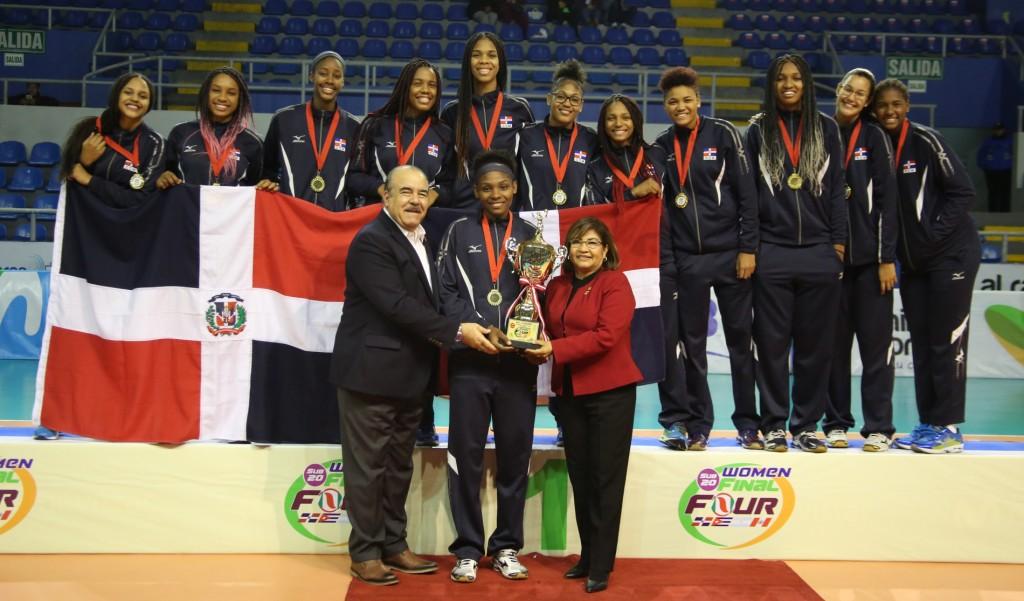 NORCECA's second edition of the U20 Women’s Final Four Volleyball Cup was held in Lima, Peru from September 6 to 9. Current Photo via NORCECA

NORCECA’s second edition of the U20 Women’s Final Four Volleyball Cup was held in Lima, Peru from September 6 to 9. Argentina, Cuba, Dominican Republic and hosts Peru were the countries represented in the invitational event, a round-robin tournament, followed by medal matches.

Current NORCECA u20 runner ups Dominican Republic was crowned tournament champion by defeating Argentina 3-1 (25-22, 22-25, 25-17, 25-21), avenging its loss to the team in the pool phase of the competition. Dominican captain Natalia Martinez led the way with 18 points, with Yanlis Feliz contributing 15 points to the winning cause. Melissa Corzo had 25 points in the losing effort.

DR’s captain, Natalia Martinez: “Today we had to win, Argentina is a team that battles a lot, but we learned from the first game, we played together correcting our mistakes and that led us to victory”.

DR’s coach, Wagner Pacheco: “Argentina has a great team, very organized and well trained, we lost the first game, but we had the opportunity to study them and have a better game today”.

Argentina’s captain Victoria Mayer: “We came very well into the tournament and today we had the illusion of another result, but we have to continue, as our main objective is the South American title. We are taking home a great learning experience, we have taken full advantage of it and we know what we have to improve to be able to meet our goal in October.”

Argentina’s coach Guillermo Cáceres: “This tournament has been very important in our preparation for the South American Championship. I thank Norceca and the FPV for having invited us. The Dominicans managed to impose their power in the attack and block today, but these matches are the ones that make us grow, not the ones that are won.”