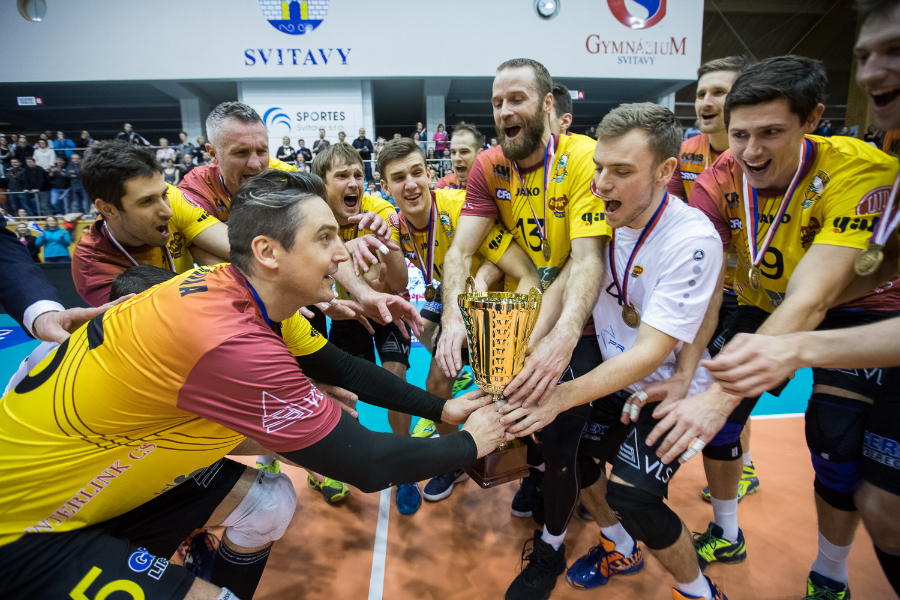 This was Liberec's 10th Czech Cup Finals in the last 13 years. Current Photo via Cvf.cz

Liberec and Karlovy, which are 3rd and 4th in Extraliga’s standings, respectively, with identical 17-3 records, knocked out Extraliga’s two best teams, Kladno and Budejovice, in order to reach the finals, as a true testament to the league’s parity.

Here are both team’s after match reactions:

“This was probably the hardest possible match this year, as Karlovy Vary played fantastic. Both teams showed excellent performance. From the third set it was a battle for each point to the end. I think we were more consistent at the end, pushing our service game to its limit, and I’m glad that the victory came to our side.  I told my guys to leave everything on the court. It was a great match from both teams.” – Liberec’s coach, Michal Nekola

“Fortunately this game had a bitter end for us. We had a lot of problems with Liberece’s service game. However, we contributed our part to a great match and I hope that the audience was entertained, be it the one in the arena or the ones watching at home. I believe we’ll be even stronger in the play-offs.” – Karlovy’s coach, Jiří Novák

“It was a nervous, dramatic, attractive match for the audience, and Karlovy Vary played really well. I am proud of our team.” – Liberec’s Jan Stokr, the game’s highest scorer with 29 points.