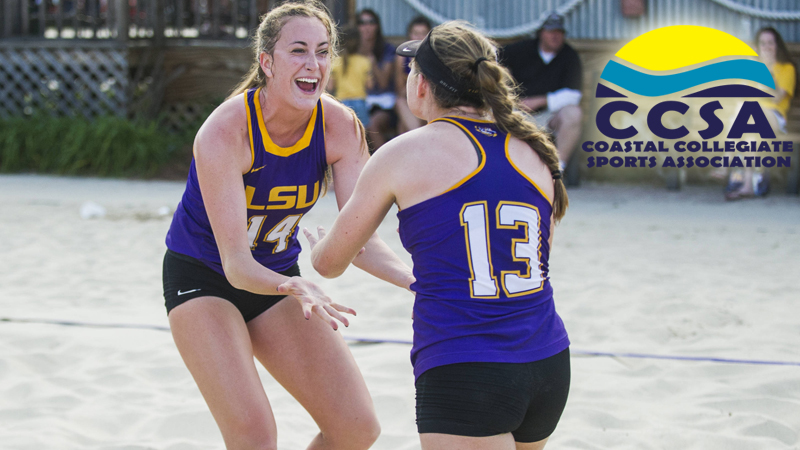 The first week of the NCAA beach season has ended with four teams earning their respective conference pairs of the week honors.  Current Photo via CCSA

The first week of the NCAA beach season has ended with four teams earning their respective conference pairs of the week honors.

From the ASUN Conference, Stetson’s Darby Dunn/Sammee Thomas pick up the award after collecting victories over two nationally ranked teams. The duo took down #12 Georgia State and #8 South Carolina’s pairings and nearly took down #4 Florida State at the Stetson Spring Fling. This is Dunn’s four ASUN Pair of the Week honor while Thomas earns her first nod.

Out of the Big West, Cal Poly had a strong showing in their first week with Samantha Manley/Emily Sonny claiming the weekly honor with a 6-0 record. The pair helped the Mustangs to a 4-2 weekend, picking up wins over 4 nationally ranked opponents – #10 Grand Canyon, #2 Pepperdine, #7 LSU and #1 USC.

LSU’s Claire Coppola/Kristen Nuss picked up where they left off in 2017 with a weekly honor from the CCSA. The duo went a perfect 4-0 on the week at the #1 spot. The pairing posted wins over #2 Pepperdine, #10 Grand Canyon, #14 Cal Poly and Nebraska.

USC continued their dominance on the sand with Abril Bustamante/Terese Cannon earning the Pac-12 Pair of the Week. Bustamante/Cannon went 4-0 on the week with wins over #10 Grand Canyon, Arizona State, Nebraska and #14 Cal Poly.