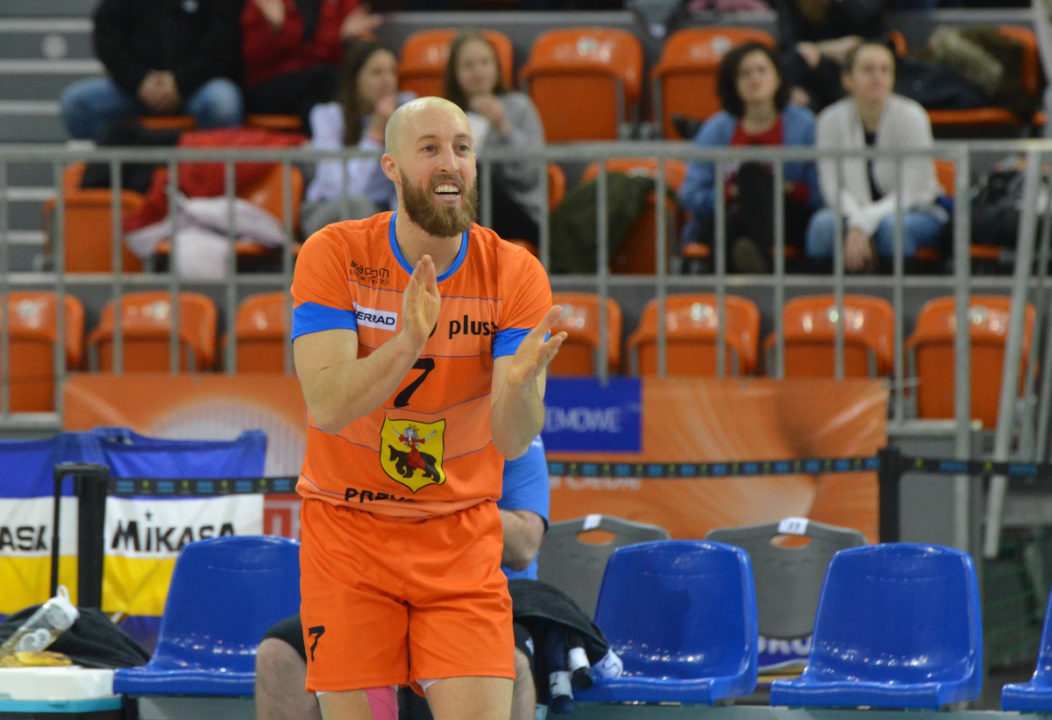 Dustin Watten bid a classy farewell to Poland, and maybe left a hint about where he's heading next. Current Photo via FIVB

American National Team libero Dustin Watten has left Polish power Cerrad Czarni Radom, with whom he spent the last 2 professional seasons, confirming the rumors that have swirled for most of the year in Poland. He has not formally confirmed where his next stop would be,

Update: Watten says that his next stop is not, in fact, the National Volleyball Association.

Czarni Radom lost in the 9th-place classification match to Aluron Virtu Warta Zawiercie, which puts them in 10th place in the league. Watten didn’t score a single point in the 2017-2018 season, via ace, kill, or block, but ranked 17th in the league in perfect service reception (52.79%).

Watten was on the team that placed 4th at last year’s World League, and has been playing with U.S. National Teams since his graduation from Long Beach State in 2009. Among his international medals includes a bronze at the 2015 World League and a gold in the 2015 World Cup, though he wasn’t on the U.S. roster that won bronze at the 2016 Olympic Games.

Thank you Poland! 🇵🇱❤️. Thank you so much for welcoming me with open arms and open hearts to your beautiful country over the last two years. … Early in my career, I made it a goal of mine to play in Poland and to be honest I can’t believe I was able to spend two years in the Plus-Liga! … But what I will always remember will be the character and professionalism of my Polish teammates, the warmth and kindness of the friends I made in Radom and the passion and love that Polish fans everywhere have for volleyball. … Without a doubt I can say these two years were my favorite in my career – as every day I woke up with a smile, knowing I was living my dream. I’m so grateful to return to my home but only because my heart is so full from all the friendships and relationships I was able to make with teammates, friends and fans over these last two years. Thank you Poland. Kocham Cię 🇵🇱❤️

Thank you Poland!
I’m so grateful to return to my home but only because my heart is so full from all the friendships and relationships I was able to make with teammates, friends and fans over these last two years.
Kocham Cię ??❤️ pic.twitter.com/BnwQir71FD