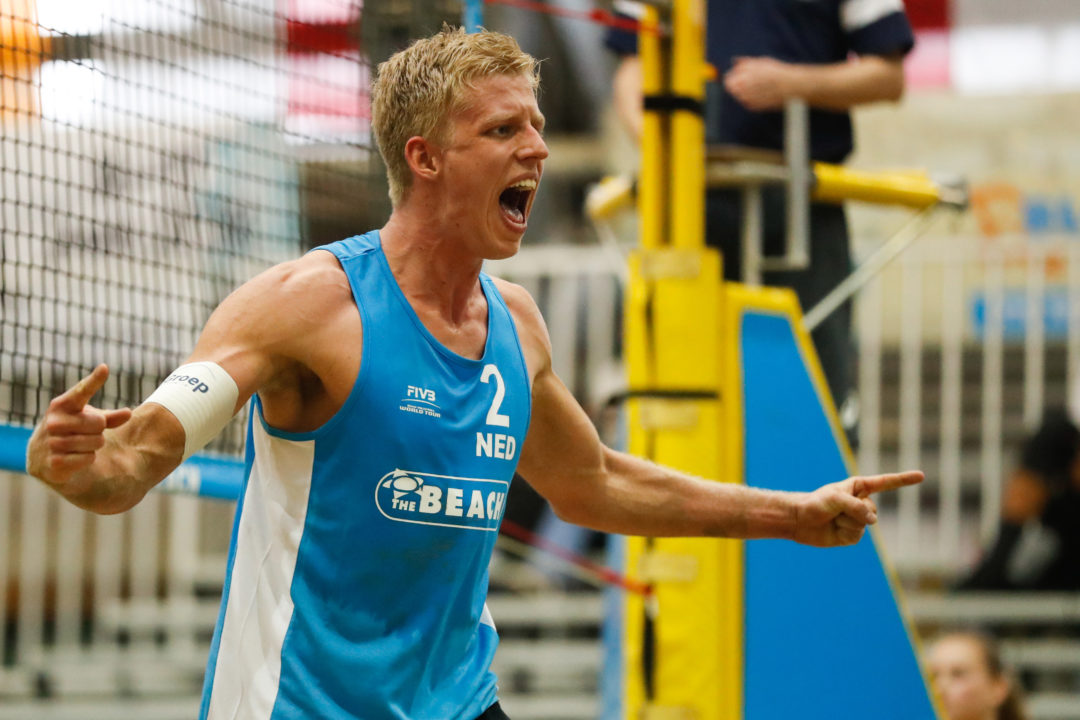 6'8" Dutch beach volleyball national teamer Tom van Steenis is expected to miss 3 months after having an aneurysm removed from his shoulder. Archive Photo via FIVB

The surgery was not implicated by any structural damage; rather, it stemmed from a complaint of stiff hands and fingers. The complaints led the Dutch national team medical staff to operate, where they discovered a blood clot in an artery in his shoulder.

He is expected to miss 3 months of action after the surgery. Had the aneurysm ruptured and made its way into his heart, lungs, or brain, it could have killed him.

“That I can not do anything for three months is a big disappointment for me personally,” says Van Steenis. “Although I am glad that the aneurysm has been detected in time. I hope to be fit again soon and I think it is realistic that I can participate in the DELA NK Beach Volleyball tournament at the end of August.”

Van Steenis, a 6’8″ blocker, and his partner Ruben Penninga have played in 6 FIVB World Tour stops so far this season, earning $1,450 each. Their best finish was 5th place at the Aalsmeer 1-star in the Netherlands last October. The duo currently rank 104 in the FIVB world rankings.

Penninga has played his last two tournaments with another young player, 6’7″ 19-year old blocker Mees Blom. The team finished 41st in the Lucerne 3-star in early May and 13th in the Aydin 1-star last weekend.