Japan Survives Iranian Block; French Offense Too Much for Aussies 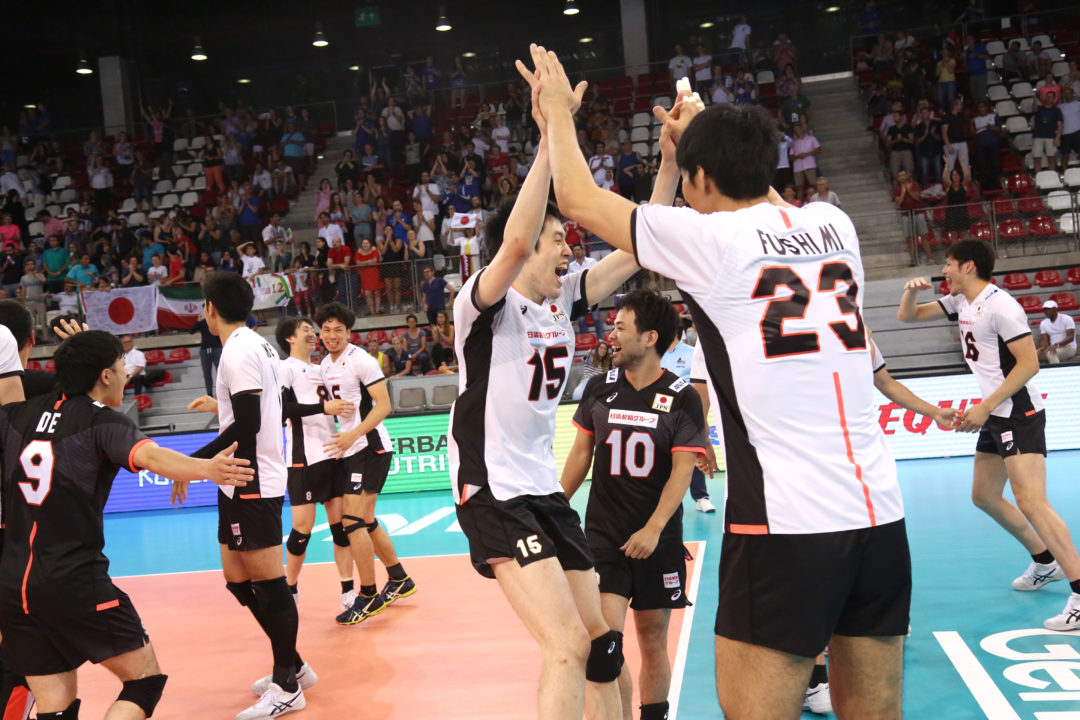 Yuji Nishida downed 18 kills, part of a team-best 21 point effort, to lead five double-digit scorers in a 3-1 win for Japan and regional foe Iran, while Stephen Boyer crushed 16 kills and led all scorers with 18 points as France overpowered Australia in a Sunday sweep.  Current Photo via FIVB

Amir Ghafour was the top scorer in the match with 22 points, including 18 kills and a match-high four blocks. Seyed Eraghi scored 12 points (9 kills, 2 blocks, 1 ace), while Mojtaba Mirzanpour and Ali Shafiei posted 11 points apiece, including 10 and eight kills respectively.

Iran erased an early 9-6 deficit in Set 2, climbing within one at 15-14. The teams traded blows down the stretch as the set went to extra points, but in the end two Yanagida aces helped Japan steal away the 30-28 victory.

Stephen Boyer crushed 16 kills and led all scorers with 18 points as France overpowered Australia in a Sunday sweep.

Kevin Tillie chipped in 11 points, 10 on kills, while Earvin Ngapeth and Thibault Rossard turned in seven apiece, despite playing partial matches for France as coach Tillie Laurent went 12 deep on his 14-man roster.

Lincoln Williams mustered 10 points, all on kills for Australia, which utilized 12 players, with 10 notching at least one kill in the match. Thomas Hodges was next behind Williams with six putaways, while Nehemiah Mote and Jordan Richards accounted for five apiece. Beau Graham downed four kills and added a team-leading three blocks.

France was far from perfect in the win, committing 27 errors, but making up the eight point differential (19 errors for Australia) with a 50-36 lead in kills, 8-5 advantage in blocks and 5-4 edge in aces.

The French started the match with a 5-0 run and cruised to an 11-2 advantage, denying the Aussies until a late run, before hanging on for a 25-17 win.

Roussard and Jonas Aguenier started Set 3 as Ngapeth and Nicolas LeGoff took a seat, and accounted for nine kills in their stead. The French trailed 16-14, but rallied to go up 21-19. It took nine match-point tries, however, before France wrapped up the win at 36-34 on a Boyer putaway.