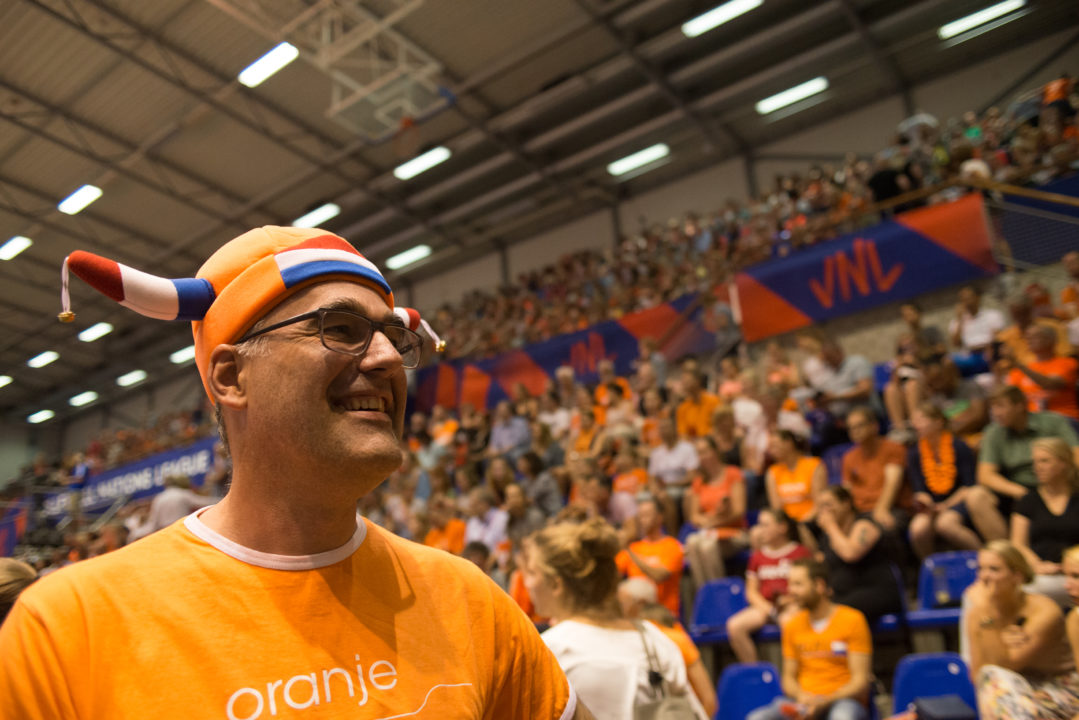 Led in scoring by middle blocker Yvon Belien, the Dutch women moved to 2-0 in the tournament with a win over Italy's 2nd team. Stock Photo via FIVB

The hosts from Holland won their 2nd-straight match this week on Wednesday, while Russia picked up their 1st on day 2 of the Rabobank Super Series in Hoogeveen.

For Russia, Irina Voronkova was the leader with 21 kills on 18/35 hitting, supported by outside hitter Ksenia Parubets, who had 16 points on 16/28 hitting.

Russia went down 0-2 before fighting back for the victory.

In the 2nd game of the evening, the Dutch thrilled their home crowd again, sweeping Italy behind 11 from middle blocker Yvon Belien. A balanced attack saw 4 Dutch players score 8-or-more points, but none more than 11. That includes 8 from hitter Celeste Plak, who started the match on the bench.

Dutch coach Jamie Morrison started Juliet Lohuis at middle in place of Nicole Koolhaas as the Dutch continue to try and shore up the middle as they await the return of Robin de Kruijf to the lineup. Otherwise, the Netherlands used the same lineup as they did on Tuesday.

Italy, however, went with a substitute-heavy lineup, starting 7 new players (including the libero) on Wednesday as compared to their 3-1 win over Russia. The team’s best scorer, 19-year old opposite Paola Egonu, didn’t see the court at all in the match, and in fact only outside hitter Lucia Bosetti saw time among the 7 starters (and only in a very limited reserve role).

Serena Ortoloni, the starter at opposite, and Sylvia Nwakalor, off the bench, led Italy with 9 points each.

Russia – Turkey, Rabobank Super Series tournament in Hoogeveen, The Netherlands (no sound in time-outs and between sets).

Posted by VolleybalNL on Wednesday, August 8, 2018

Italy vs. Netherlands replay not available.