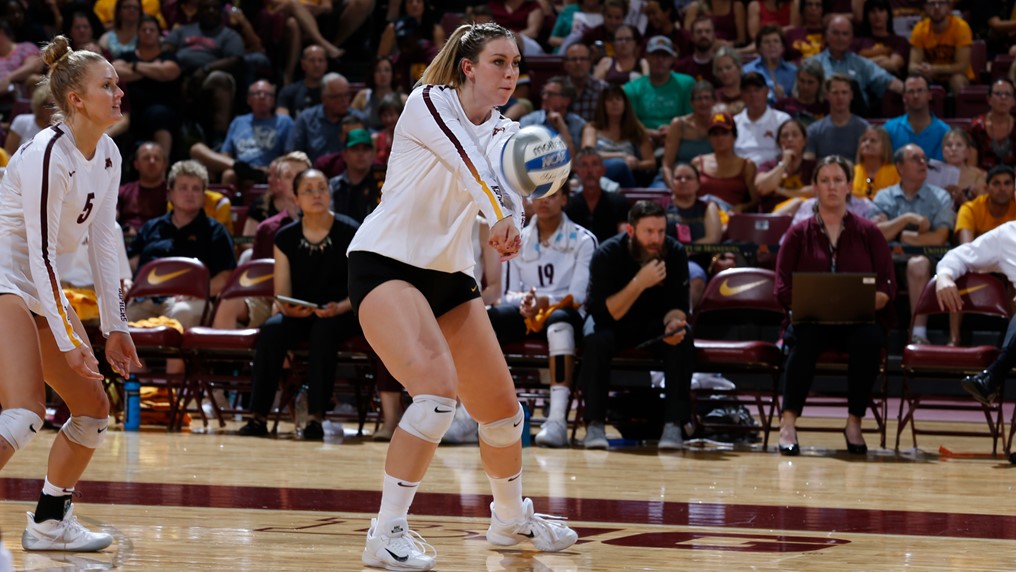 East Carolina is bringing on a transfer from the University of Minnesota in Sydney Kleinman. The 6’2″ outside hitter will be a sophomore in the fall of 2018 with three years left of play. She will also be immediately eligible.

“We are thrilled to have Sydney join the program after a good season at the University of Minnesota,” East Carolina head coach Julie Torbett said in the team’s release of the signing. “She will add some much-needed size to our team and brings in a high volleyball IQ.”

A native of Frisco, Texas, Kleinman came to Minnesota after attending Wakeland High School. Her prep career with the school and Dallas Skyline Juniors Volleyball Club made her a highly touted recruit as a Second-Team Under Armour All-American and 44th ranked recruit according to PrepVolleyball.

Kleinman becomes the fourth outside hitter currently on ECU’s roster for 2018. It’s also the second transfer addition made the Pirates this offseason, with Kleinman joining former Hutchison Community College outside hitter Page Hiebert.

ECU is coming off of a 22-11 season in which they went 13-7 as a member of the American Athletic Conference (AAC). They return four starters in 2018.