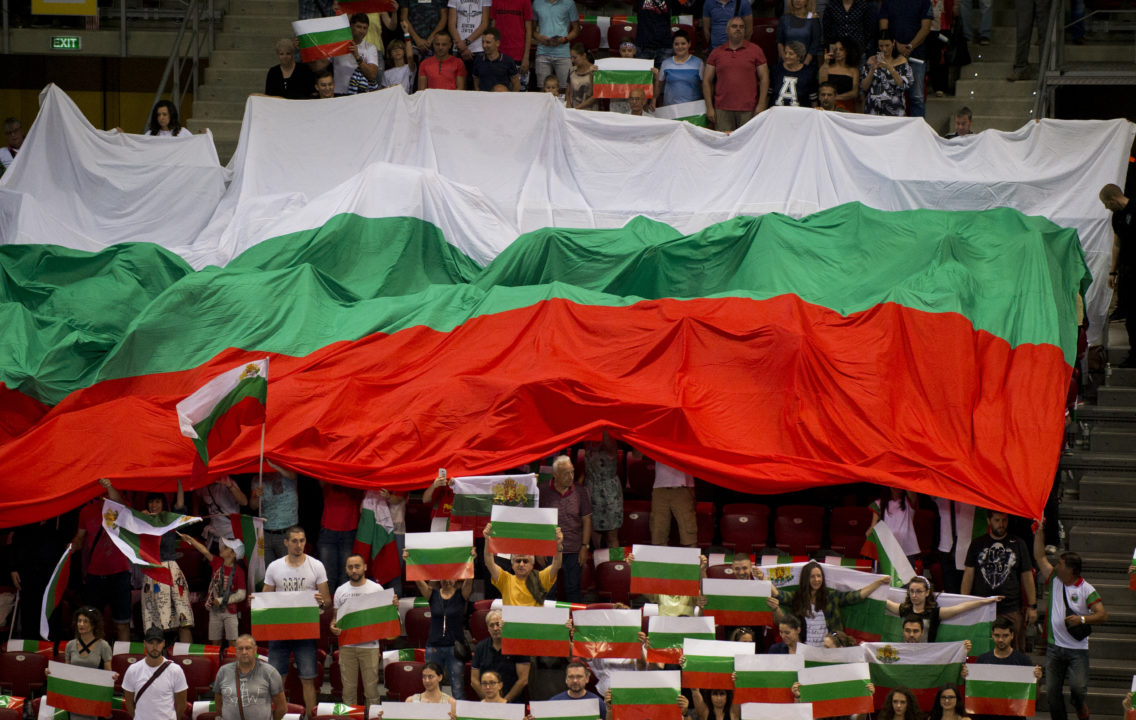 Georgi Bratoev will undergo an MRI on Sunday to determine a treatment plan for his injured ankle, but is expected to miss the remainder of the Nations League. Stock Photo via FIVB

The Bulgarian men’s national volleyball team, which is currently 2-3 and in 10th place in the opening edition of the FIVB Men’s Volleyball Nations League, got some sliver of good news after the team’s 3-0 loss to Australia on Saturday. Starting setter Georgi Bratoev, who went down in the 3rd set with an ankle injury.

The team awoke to news that late-night testing in Sofia revealed that the injury is not serious, and just a twisted ankle with no breaks or ligament damage. He will undergo an MRI on Sunday to determine the exact path of treatment, but initial estimates expect him to be out about 6 weeks, which will cost him the remainder of the Nations League, but should make him available in time for the World Championships.

Stepping in for Bratoev at the setter position in Saturday’s match will be 24-year old Georgi Seganov, who has 23 senior international caps with the Bulgarian team. He spent the 2017-2018 season with Argos Volley in Italy’s top league, and was named the best setter of the 2016 Wagner Memorial tournament where Bulgaria won gold over Serbia, Poland, and Belgium.

Bulgaria was already on an uphill climb this summer without their top middle blocker Teodor Todorov, but if they can beat Russia on Sunday, they will sit 3-3 and still firmly in contention for a spot in the Final 6. Next week, the team travels to Osaka, Japan, where they will play Japan, Italy, and still-undefeated Poland before returning home for another Bulgaria-hosted pool against France, Canada, and Brazil.

If the team is still in contention, they have arguably the easiest final week pool, where they will face Germany, Iran, and South Korea: teams that have a combined 3 wins so far.