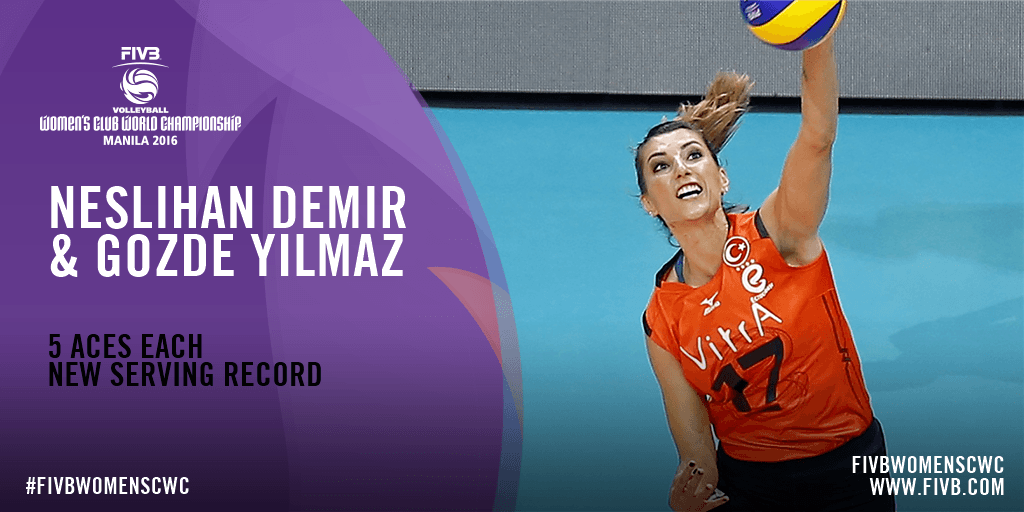 The talk this off-season in the Turkish league has been about VakifBank Istanbul and their $1 million acquisition of the world’s hottest player, Zhu Ting.

Playing against the hosts from PSL – F2 Logistics Manila, Eczacıbaşı closed pool play by breaking an all-time tournament record for aces in a single game by a player with 5 in the 3 setter. Not only did one Eczacıbaşı, but two did – Neslihan demir and Gozde Yilmaz each served up a handful, breaking the previous 10-way tie of 4 since the introduction of rally scoring.

Among the players who’d hit the 4 – Zhu Ting, earlier this week, for VakifBank.

The whole match was a party of aces – Alyja Santiago of the home team also chipped in 4, and Eczacıbaşı had 14 in total – also a new tournament record, eclipsing the previous mark of 12.