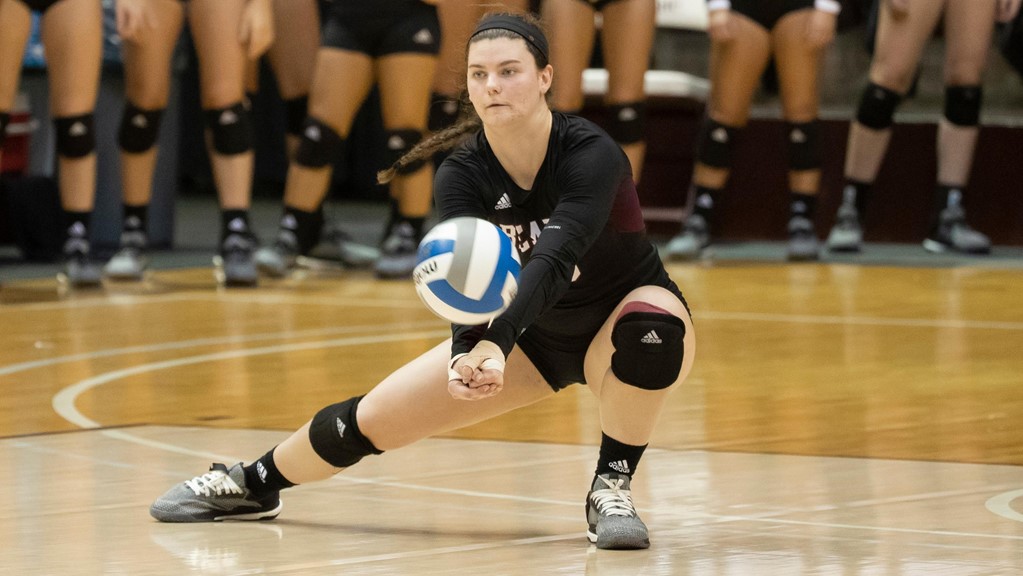 Missouri State volleyball is in a transitional year, learning to play without Lily Johnson, who graduated after last season as probably the best player in program history and as a two-time Missouri Valley Conference Player of the Year.

But, even as the program is shifting, they carry one rock in the back of their defense: libero Emily Butters.

In Saturday’s match with Alabama, Butters had 21 digs, and in game 2 against Western Kentucky she had another 16, which were her 98th and 99th career match in double figures. It also lifted her to 1,939 career kills, which breaks the school record set by Cara Hackmann.

Hackmann, who started at outside hitter before being named National Libero of the year By CVU.com after the 2009 season, had 1,913 digs in her career.

Hackmann, another one of the program’s great all-time players, once hit 15-for-17 in a match in 2008, which is the best by an individual in program history. She still holds school records for digs in a match (46, Butters is #2 at 44) and for matches with double-digit kills (101, which seems inevitable for Butters to break). Butters has already broken Hackmann’s school record for digs in a season (737 last season), and 3 of the top 7 best.

Butters now ranks 12th in Missouri Valley Conference history in career digs. She should move into the top 10 this weekend or next (she needs 52). Based on her current career pace, she’ll wind up with about 2,500 career digs, which would leave her 2nd in conference history. If she can repeat her record-setting 2017 season, she’d be within 30 or so digs of Northern Iowa’s Ellie Blankenship for the all-time career record. Illinois State’s Courtney Pence is also chasing that record – she jumped to to 5th place this weekend.

Missouri State went 0-3 on the weekend, losing to College of Charleston, Western Kentucky, and Alabama. 2 of those 3 teams played in the NCAA Tournament last season. Next weekend they’ll host the Dr. Mary Jo Wynn Invitational and welcome in Oral Roberts, Grambling State, and Ball State.