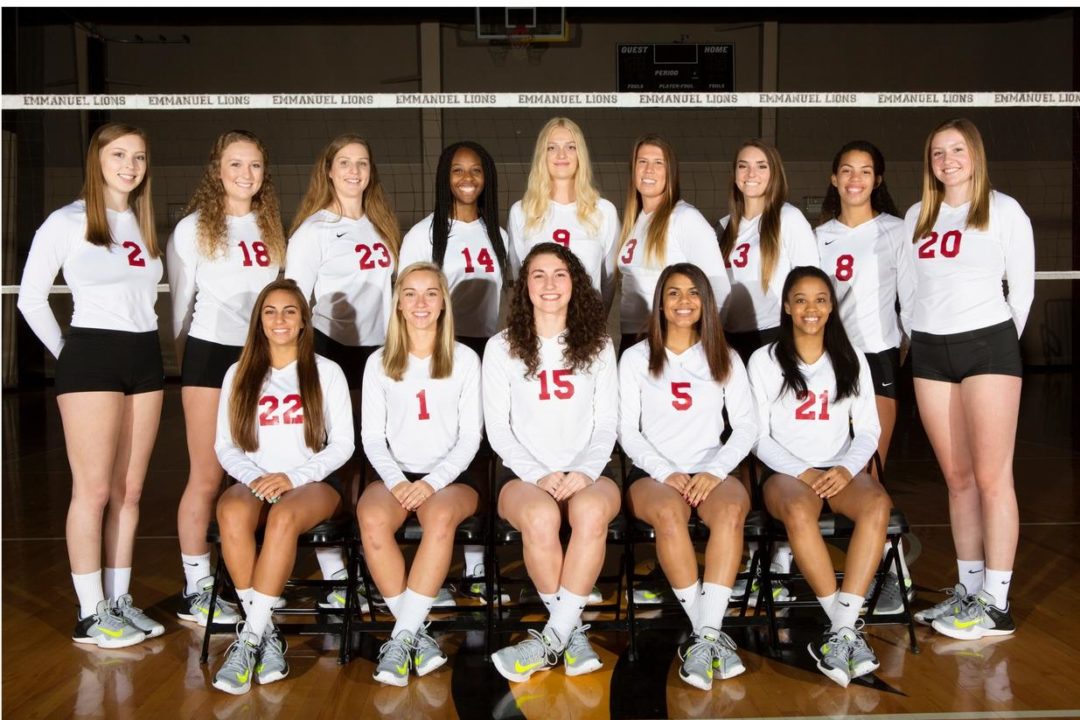 This makes both the men's and women's volleyball teams eligible for post-season competition in 2018-2019. Current

Emmanuel College in Franklin Springs, Georgia has achieved full and unrestricted membership in the NCAA Division II. This completes a two-year provisional membership period where the school was limited from participation in NCAA post-season competition, though the team did compete in the Conference Carolinas in the regular-season schedule.

The school now becomes a full member of the Conference Carolinas, which has schools throughout North Carolina, South Carolina, Georgia, and Tennessee.

Emmanuel College’d mrn finished 5-11 and in 6th place in the conference last season, part of a 9-16 overall record. A year prior, they finished 8th in a 10-team conference (Pfeiffer University dropped their men’s program after the 2017 season when they moved to the Division III level).

Emmanuel College enters 2018 with a new head men’s volleyball coach – Nate Moorman, who comes after spending 5 years at Palm Beach Atlantic University. He’s the 3rd head coach in program history, since the sport was added in the 2013-2014 season.

The Emmanuel College women’s team won the Conference Carolinas South Division last season and finished 2nd overall with a 13-2 record in the conference. They were ineligible for NCAA Championship competition, but advanced to the semi-finals of the National Christian Collegiate Athletic Association tournament, where they were swept by the NAIA’s Campbellsville University.

Emmanuel College was formerly a member of the NAIA. The school carries a massive roster of sponsored sports, with 15 men’s teams and 15 women’s teams, including squads in lower-sponsorship sports like archery, men’s and women’s bowling, men’s volleyball, and clay target shooting.