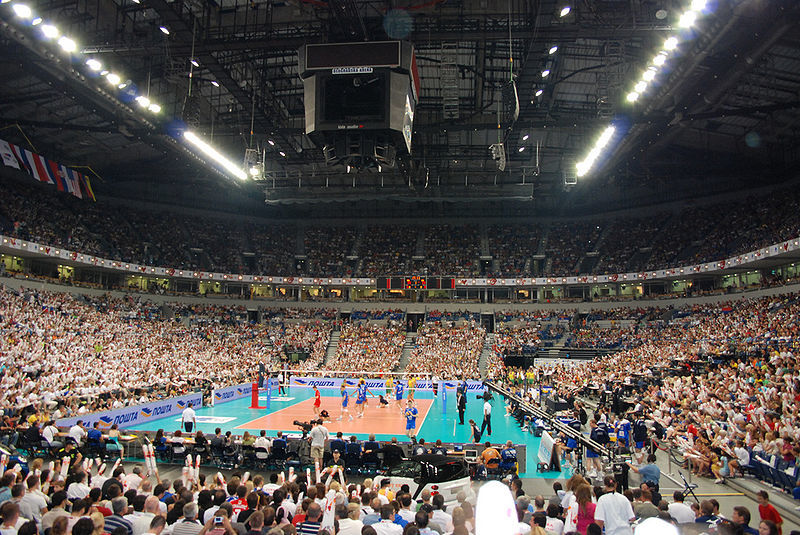 The eyes of the volleyball world will be set to Poland in less than a year as the 2017 Men’s... Current Photo via George Groutas

The eyes of the volleyball world will be set to Poland in less than a year as the 2017 Men’s European Championships begin. Qualification for the tournament concluded at the beginning of October and although the locations and dates are still to be determined, the teams who will be there are already preparing.

Seven teams gained entrance to the tournament through their performance in the 2015 European Championship. Poland already gained a bid for 2017 as they are the hosts, but after finishing in 5th place, that opened the door for the 7th place team as the top six would gain an automatic bid. Serbia took advantage of Poland’s successes and qualified automatically with a 7th place finish. Russia, Bulgaria, Italy, Slovenia and the 2015 Champions France all qualified. France defeated Slovenia in the Final.

Poland is the favorites to win in 2017 as they are not only the hosts but currently the 2nd ranked team in the FIVB World Rankings. That does not mean that they will be favorites when the tournament gets underway though, as a full calendar year of volleyball can see many teams falter. Slovenia did receive and automatic bid after a second place finish in 2015, but since then they have not kept up with their form and are currently the 30th ranked team in the world.

Italy and Russia are also heavy favorites in the tournament after a strong Olympic’s that saw Italy win silver and Russia finish in 4th after losing their bronze medal match to the USA. Poland, Russia, France and Italy where the four teams who represented Europe in the 2016 Olympics.

After the first round of qualifiers that saw 8 teams out of 12 qualify for the next round of qualification, the second round qualifiers hosted 24 teams split into 6 groups. The winner of each group would gain a bid to the European Championships while the 2nd place teams would move on to the final and third round.

The Netherlands won the European Championship in 1997 while all other teams who qualified in the second round have not finished higher than 4th place.

The third round saw the second place teams of pools from round two go head to head in a home and away fixture. Turkey faced off against Portugal, Spain played Greece and Latvia battles Estonia.

Turkey, Spain and Estonia all qualified after their two matches. Spain advanced on a 4-2 aggregate while Turkey and Estonia had a 5-1 aggregate.

The time and dates are still to be determined for the team draws as well as the time and venues.