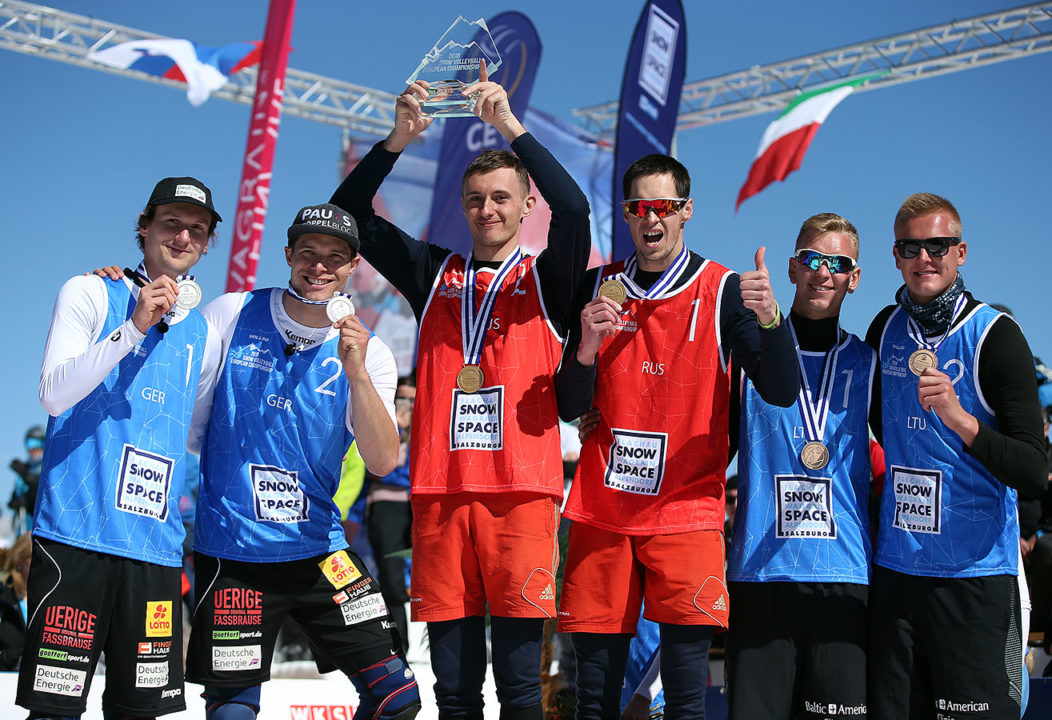 Taras Myskiv and Ruslan Dayanov made volleyball history by winning the first ever European Snow Championship. The duo took their talents Austria and defeated Germans Paul Becker and  Jonas Schroeder 3-0 (14:12, 17:15, 11:9) in a tournament that headlined lots of effort from the CEV to promote the sport. Myskiv recently spoke to Russian website Championat to talk about the peculiarities of the sport and what it means for him to be its biggest champion yet:

“We are very happy with the tournament. We managed to play with high quality. In snow volleyball, almost all athletes try to play in soccer cleats, in order to have a grip on the surface. The surface of the court is changing under the influence of the weather, often turning into a rather hard and slippery court. By the middle of the day, the ground is broken and turned into a snow mush. The third point is that the game lasts 3 sets to 11 points, so it’s easy to see that the price of mistakes, unlike beach and indoor volleyball, is much higher on the snow.

The final was the most difficult match. The German team was pretty “clean” in the technical part of the game. This forced us to play with Ruslan in a disciplined manner. I do not think that we had a clear superiority in some component. Perhaps, we just have played more games on the snow than our rivals. Have we written our names in the history of sport? Honestly, I’m not familiar with this feeling. But deep down I feel that we have done something good and very important.”