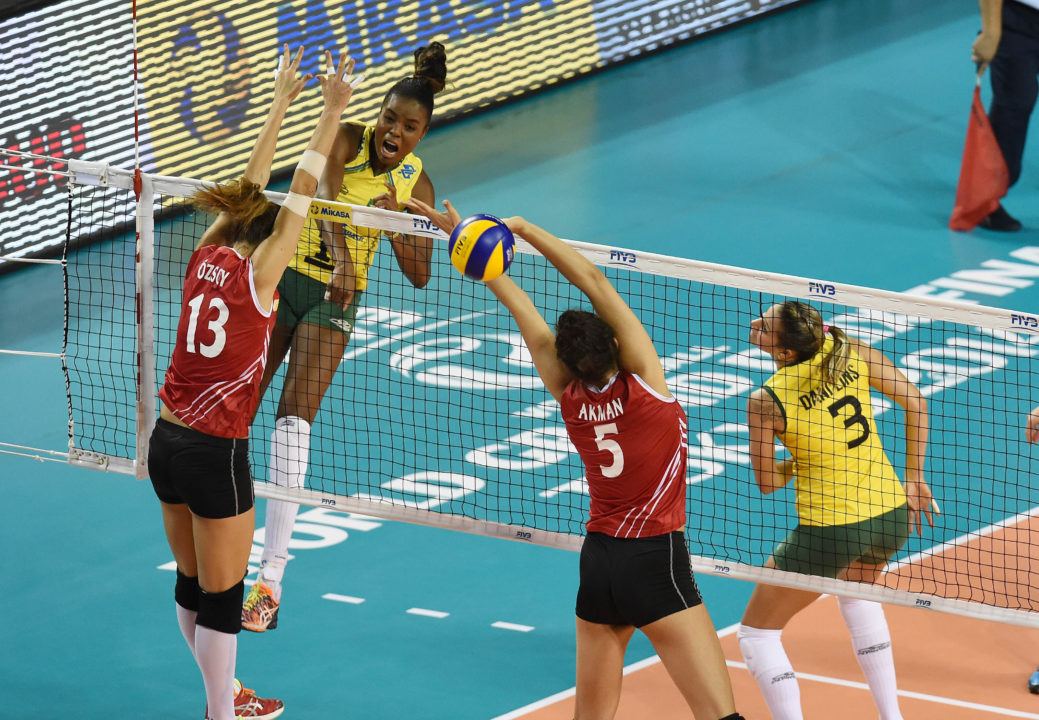 Fabiana Claudino has extended her contract with Dentil Praia Clube, her club team from the previous season. The two time Olympic gold medalist plays middle blocker for the club from the state of Minas Gerais, her home town. Dentil Praia Clube fell to Osasco in the 2017 semifinals of the Superliga in Brazil. For the season, she hit .435 and tallied 162 kills in addition to totaling 60 blocks for her team, contributing 222 points.

Prior to her stint with Dentil Praia Clube, she played for SESI-SP for four years. During that time she was an integral part of the team that won the South American Volleyball Club Championship and competed in the FIVB Volleyball Women’s Club World Championship in 2014. She contributed 59 points in that year’s edition of the Women’s Club World Championship, consistently tallying double digit kills in each match, however SESI-SP lost to Volero Zurich in the third place match 2-3.

Dentil Praia Clube has yet to secure a Superliga title since being founded in 2008. However, most recently they came in second during the 2015-2016 season after losing in a close final to Rexona. The club has been consistently knocking on the door during the past couple seasons and last year finished third, behind Rexona and Volei Nestle.