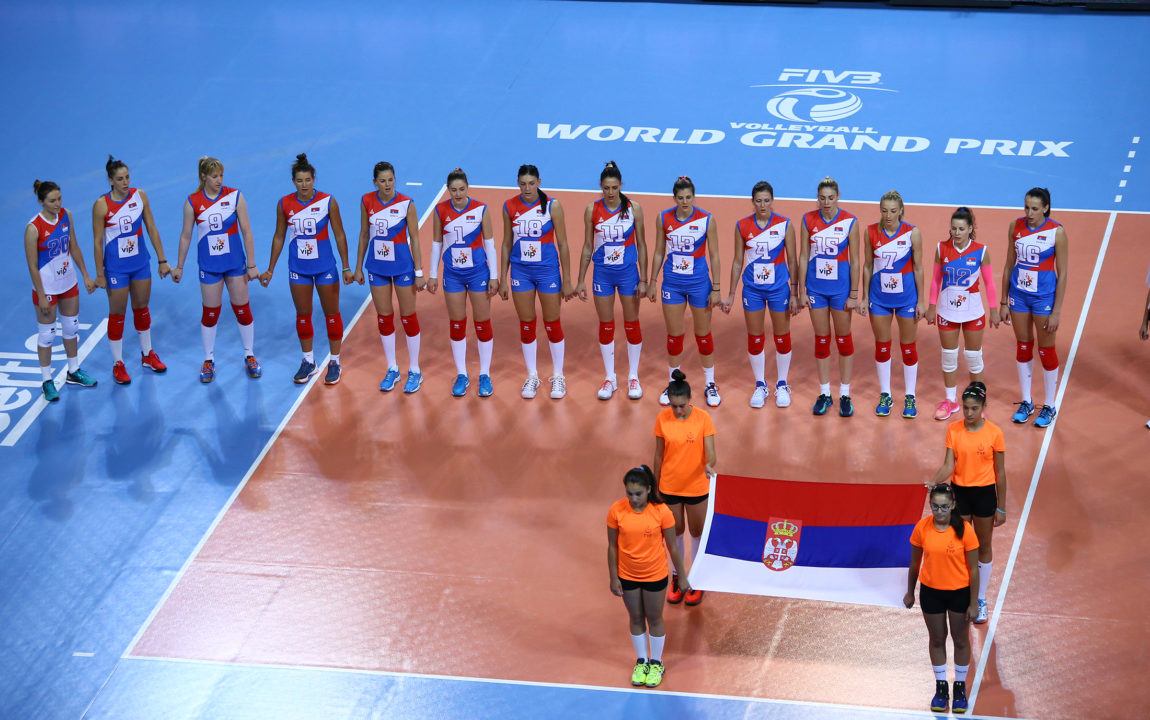 Serbian National Teamer Teodora Pusic will transfer to Allianz Stuttgart in the top German league next season. She departs domestic side Vizura Beograd, where she’s played since 2015.

The 24-year old Pusic is a member of Serbia’s 14-player roster for this summer’s World Grand Prix, where Serbia was the top-performing team in the group stages. She leads the Serbian team in digs in the tournament with 52, which ranks her 14th overall. She’s split time though with Olympic libero Tijana Maesevic, who played all 5 sets in Wednesday’s 3-2 win over the United States to open the Final 6 round. Jelena Blagojevic has also seen a lot of action at the spot in the tournament.

This signing will be her first sojourn outside of the Serbian league, where she’s played professionally since 2010. She leaves one of Serbia’s top professional clubs, Vizura-Beograd, who finished 2nd in the country’s SuperLiga last season and won the domestic double by taking both the 2016 Serbia Cup and SuperLiga titles. Pusic was named to the Dream Team for that Serbia Cup victory and was rated as the top libero in the league last season with 195 digs in 29 matches.

She now joins a Stuttgart side who finished 2nd in the Bundesliga last season with a 17-5 record. She’ll replace veteran 36-year old Thai National Teamer Wanna Buakaew, who left the club after one season to return to Bangkok Glass – a powerful club in her home country.