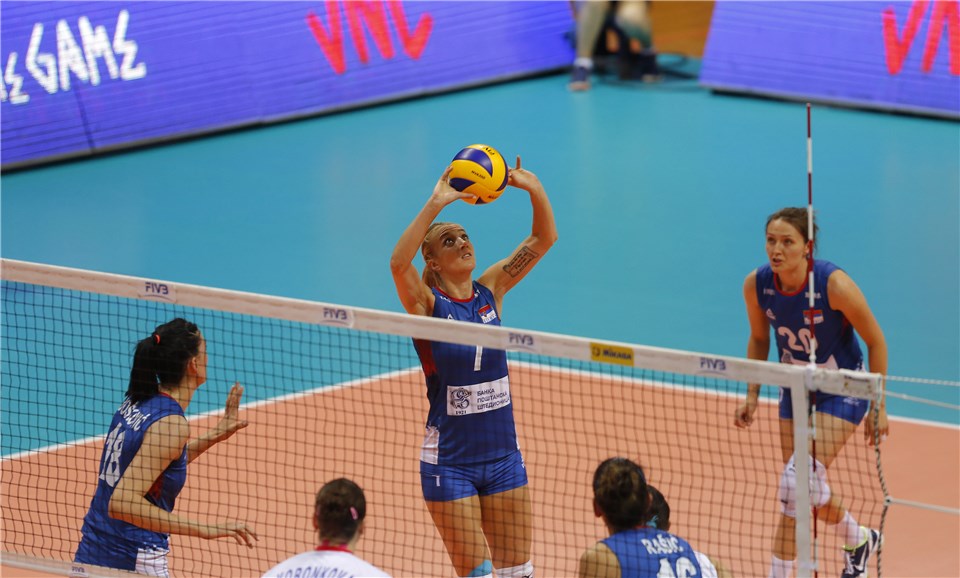 Ana Antonijevic is one of the three new transfers for Fenerbahce this season.  Current Photo via FIVB

Fenerbahce has announced Zoran Terzic will be taking the helm for the club replacing Jan de Brandt as the head coach. Terzic began his career as a player and played for the Red Star club in Belgrade, Serbia. After retiring from the sport, he began his coaching career for the same club in 1996, mainly working with the junior Red Star team which won all available titles under his leadership. Terzic served as the head coach for multiple club teams across Europe including teams in Romania, Russia, Switzerland, Italy, Serbia and now Turkey. He has also coached the Serbian National Team, formerly known as Yugoslavia and Serbia and Montenegro, winning multiple international medals: the 2006 World Championship bronze medal, 2015 World Cup silver medal, the 2011 European Championship and Serbia’s first Olympic medal, a silver in 2016.

Additionally the club has announced three player transfers: Melissa Vargas, Samanta Bricio, and Ana Antonijevic. Melissa Vargas is a Cuban outside hitter who most recently played for Agel Prostjov in Poland where she won the Czech Championship and Czech Cup in 2016. At only 18 years old, she will be playing for one of the best clubs in Turkey next season with Fenerbahce. Vargas also brings international experience having played for the Cuban National Team and winning the Best Opposite award at the 2014 U23 Pan American Cup.

Samanta Bricio has been playing professionally in Italy since graduating from USC. While in college, she collected numerous individual awards including 2015 Volleyball Magazine, ESPNW, PrepVolleyball.com, HERO Sports and AVCA Player of the Year awards. Her success has translated to the international and professional levels having won the 2016 Italian Supercup, the 2017 Italian Cup and the 2018 Italian League Championship. With Imoco Volley Conegliano, she also was the runner up for the CEV Champions League title. Bricio’s individual contributions have been recognized multiple times including her 2013 Pan-American Cup Best Scorer award, 2017 Italian League “All-Star” and the 2016 Italian Supercup MVP.

Trow back Thursday (thanks for the video @june_genie) #tbt

Ana Antonijevic is a Serbian setter who has played professionally in Europe over the past decade with stints at clubs in France, Serbia, Switzerland, Romania and now Turkey. She has helped her club teams win their league championships multiple times for a total of 8 championships: 2 Serbian, 1 Swiss and 5 French spanning from 2002-2014. Additionally Antonijevic plays for the Serbian National Team and was part of the squad that won the 2011 European Championship gold medal.