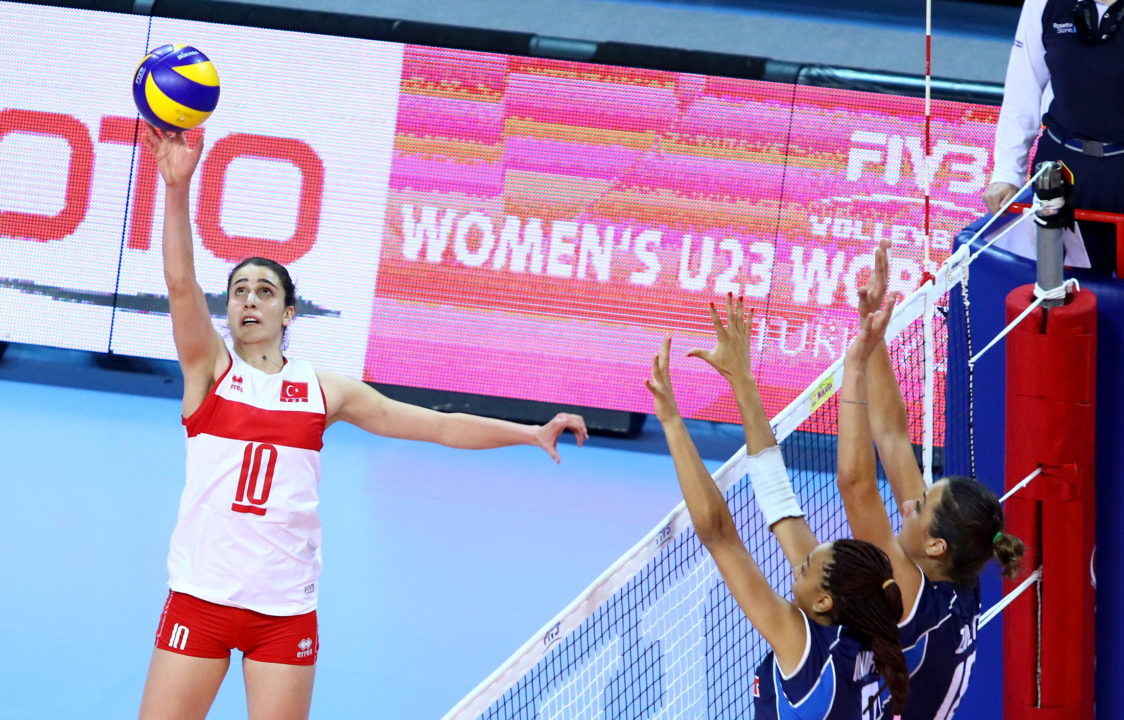 Fenerbahce‘s women’s volleyball team has suffered a big blow, as it was recently announced that one of its rising stars, 24 year old opposite hitter Ezgi Dagdelenler, has just suffered a season ending ankle injury, according to Voleybolunsesi.com. The injury occurred yesterday (Feb. 5) as the team practiced for its upcoming CEV Champions League match against Imoco Conegliano.

This is Dagdelenler’s first season with Fenerbahce, as she previously had spent all of her career with ller Bankası Ankara. With Turkey’s national team, she debuted at the 2012 FIVB Volleyball World Grand Prix, and has been a constant call up on the team’s roster ever since, having won a silver medalist at the 2015 European League. She also captained Turkey’s youth team, to a2015 FIVB U23 World Championship silver medal.

Fenerbahce currently occupies the third spot in Pool B of the 2018 CEV Champions League. After beating Czech Republic’s Agel Prostejov in its first game of the competition, it lost its next two matches 3-2 to Italy’s Igor Gorgonzola Novara and Imoco Volley Conegliano. Tomorrow (Feb. 7), it will have a chance to return its loss to Conegliano as both teams will go once again head-to-head. A win is a must for Fenerbahce if it plans to qualify for the competition’s second round, in what probably is the toughest pool of the competition.

The team is faring much better, however, in the Turkish league standings, currently sitting in third place with a 15-3 record and closey trailing Eczasibasi and VakifBank.