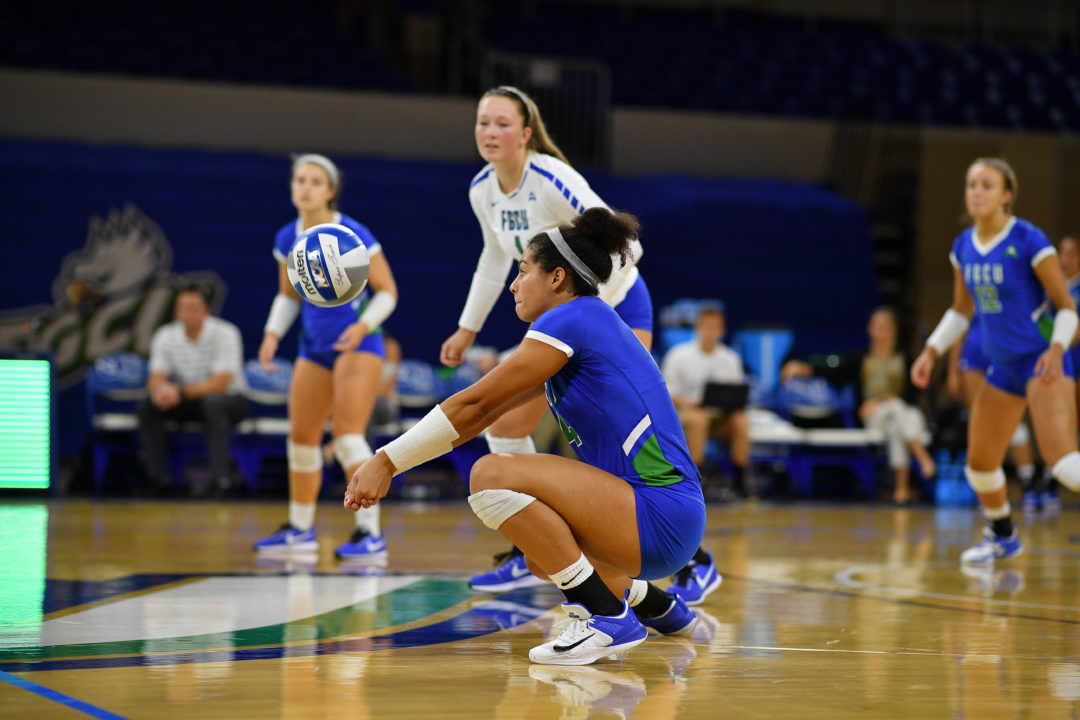 FGCU senior outside hitter Amanda Carroll needed just three digs on Friday to put her name among an elite group of athletes, those with 1,000 career kills and 1,000 digs and she got just that, posting the milestone save in Set 3 of the team's sweep of New Mexico State.  Current Photo via FGCU Athletics

FGCU senior outside hitter Amanda Carroll needed just three digs on Friday to put her name among an elite group of athletes, those with 1,000 career kills and 1,000 digs and she got just that, posting the milestone save in Set 3 of the team’s sweep of New Mexico State.

After the team’s Friday morning sweep of New Mexico State at the Lobo Classic, Carroll’s career totals stand at 1,393 and 1,000. She becomes just the sixth player in school history to eclipse the 1,000 dig milestone and just the second to join the 1,000-1,000 club (alongside Brooke Youngquist Sweat 2004-07).

Even more fun for the Albuquerque, New Mexico native, is that she was able to reach the elite milestone in front of her hometown crowd. The Lobo Classic marks the first collegiate matches in Albuquerque for the Sandia High School alumna, who led the school to the 2013 5A state title and earned New Mexico Gatorade Player of the Year nods in 2013 and 2014.

Carroll has posted double-digit kill tallies in 80 of her 98 matches and 10 or more digs in 47 of 98 matches. She has posted 42 career double doubles.

In addition to the match with New Mexico State, the Eagles are set to face New Mexico at 9:30 p.m. ET Friday and Eastern Kentucky at 1 p.m. Saturday.

And because she's that awesome, @MandaPaige6 just picked up her 1,000th career dig, becoming the 6️⃣th in program history to do so. She also joins @BaSweat as the only ✌️ players in program history with 1,000 kills and 1,000 digs. #WingsUp | 🤙🦅🌴 pic.twitter.com/m1zvYAxHWG