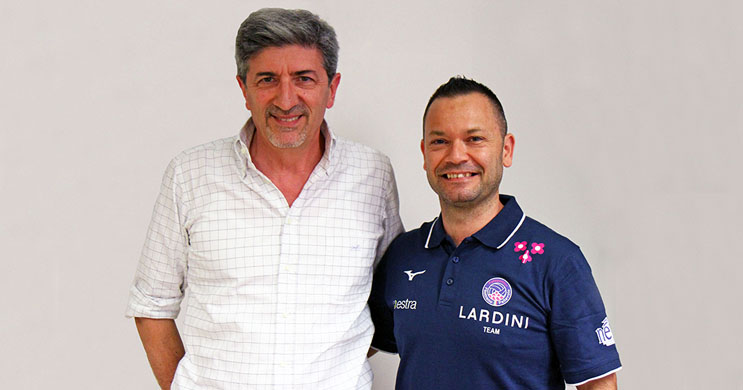 Fillotrano had a very rough 2017/18 season. Its 7-15 record landed it a second-to-last 11th place finish. This means that the team will now have to participate in a play-in tournament to remain in Serie A1 Current Photo via http://www.pallavolofilottrano.it

Fillotrano had a very rough 2017/18 season. Its 7-15 record landed it a second-to-last 11th place finish. This means that the team will now have to participate in a play-in tournament to remain in Serie A1. Fillotrano however, has not let its guard down, and is set on building up a competitive squad for the season ahead. It started by announcing in its official website the signing of its new head coach, Luca Chiappini, who is returning to Italy after a very successful stint in Finnish volleyball. In his home country, he has had stints in Modena and Novara as an assistant.

From Finland, Luca is bringing one of his players, Laura Baggi. The 26-year-old was among the protagonists of the world title won by Italy’s U20 in 2011. This will be her first season in A1. She will be joined on the team by former national teamer middle blocker Giulia Pisani and current Greek national teamer Anthi Vasilantonaki.

Here is the coach’s first words on his new team and players:

Staying away from the family is certainly challenging and when I had the idea of ​​leaving Finland, Lardini’s call came almost at the same time. There was immediately a positive feeling dictated by the human quality of the people with whom I was confronted and that made me feel at home. Filottrano also reminds me a lot of the places where I grew up. In Finland I spent wonderful years.. The sacrifice of staying away from the family is partly mitigated by being able to work optimally and with an excellent standard of living “

The dream of every coach who starts this job is one day being able to coach in A1. Filottrano’s is a very stimulating situation. I signed a two-year contract because there is a common desire to build a lasting project. What Lardini do I have in mind? A team in which is very motivated. All the players who have arrived and who will arrive have great reasons to start at a hundred kilometers per hour, a factor that, together with their technical skills, makes me think positively.”