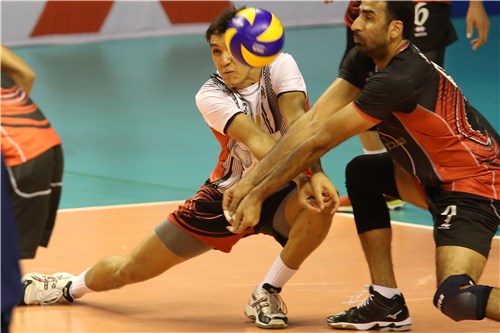 Alan Domingos is one of the world's most experienced active liberos. Set to undergo his 23rd professional season, his accolades with Brazil's national team includes a World Championship gold medal in 2010 Current Photo via FIVB

Alan Domingos is one of the world’s most experienced active liberos. Set to undergo his 23rd professional season, his accolades with Brazil’s national team includes a World Championship gold medal in 2010. Now at 38 years old, he is set to leave Brazil’s Superliga and go for yet another international stint, this time in Finland. Before his move however, much like other Brazilian liberos, he added fuel to the fire in one of volleyball’s most controversial topics: the calling-up of old, but famous outside hitters, to play as liberos in international tournaments.

Here is what Alan had to say in an interview to Brazilian blogger Bruno Voloch of Renan Dal Zotto‘s call up of Murilo Endres for the position during the NVL:

You were, according to the statistics, one of the best liberos in Superliga. Why weren’t u called up for Brazil’s NT?

According to statistics, yes. Why use statistics if at the end of the competition, it is not worth anything? Everything you did during the season is thrown in the trash. Before, you were called up for the team based on merit. This is not the case today. Was it because of my age? I am experienced enough to have been called, no doubbt. That’s something I’ll carry with me. This year I have proven to myself that I can still play at a high level.

How did you see Murilo’s call-up?

I found it a lack of respect with all Brazilian liberos. A lot of players have been fighting and battling for a long time to be able to get a chance in the NT, and a player who played 6 months in the position is called up. Is he a respected player? Yes, but as an outside hitter, not a libero. You can’t change positions overnight and be good at it.

Is it safe to say that there are “marked cards” within the team? Does the staff favor certain players?

Yes, there is. A kind of selective group.

It’s very hard to disagree with Alan considering Murilo’s very bad play during the VNL. He was the competition’s only 44th best digger, and received at only 11% efficiency. With those numbers, it is safe to say that Brazil’s coaching staff is favoring big-time names from the past instead of current, but capable, players.