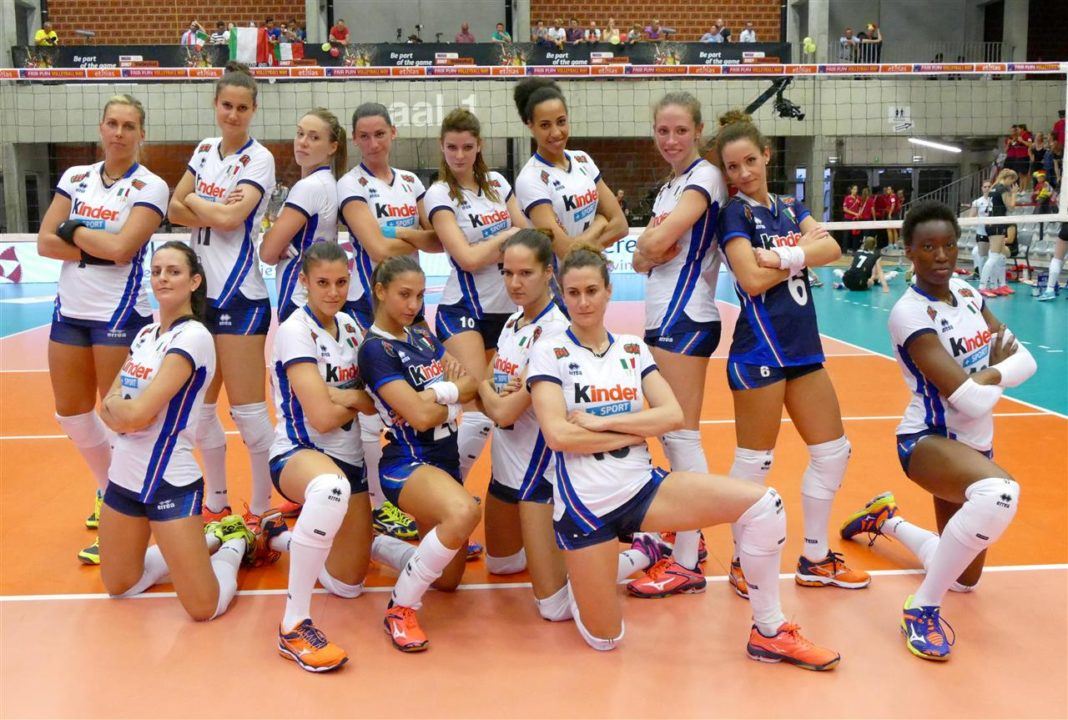 5 of the 6 Group Winners in the 2nd round of European qualifying for the 2018 World Championships earned the maximum 15 points. That includes Italy, above. Current Photo via FIVB

The first 6 teams to qualify for the Women’s 2018 FIVB World Volleyball Championships are all European – and will join the hosts next summer in Japan to see who the best team in the world is.

Europe’s second round of qualifying for the World Championships concluded on Sunday. Serbia, who won group B that was played a week earlier than the rest, is joined by 5 other pool winners to take 75% of the spots allotted to Europe for Worlds.

Each of the 6 European teams will carry confidence into their tournament’s later this summer and 2018 as each finished group play with perfect 5-0 records. What’s more, 5 of the 6 teams, the exception being Turkey, came out of their groups with 15 points – meaning that each of their 5 wins came by 3-0 or 3-1 scores.

The 6 runners-up will advance to Pool G, the third-and-final round of the European qualifying scheme. Each of the 6 teams will play a game against each of the other 5 teams, and the two teams that emerge atop that table also earn bids to the World Championships.

That 3rd round of qualifying is scheduled for August 22nd-27th.