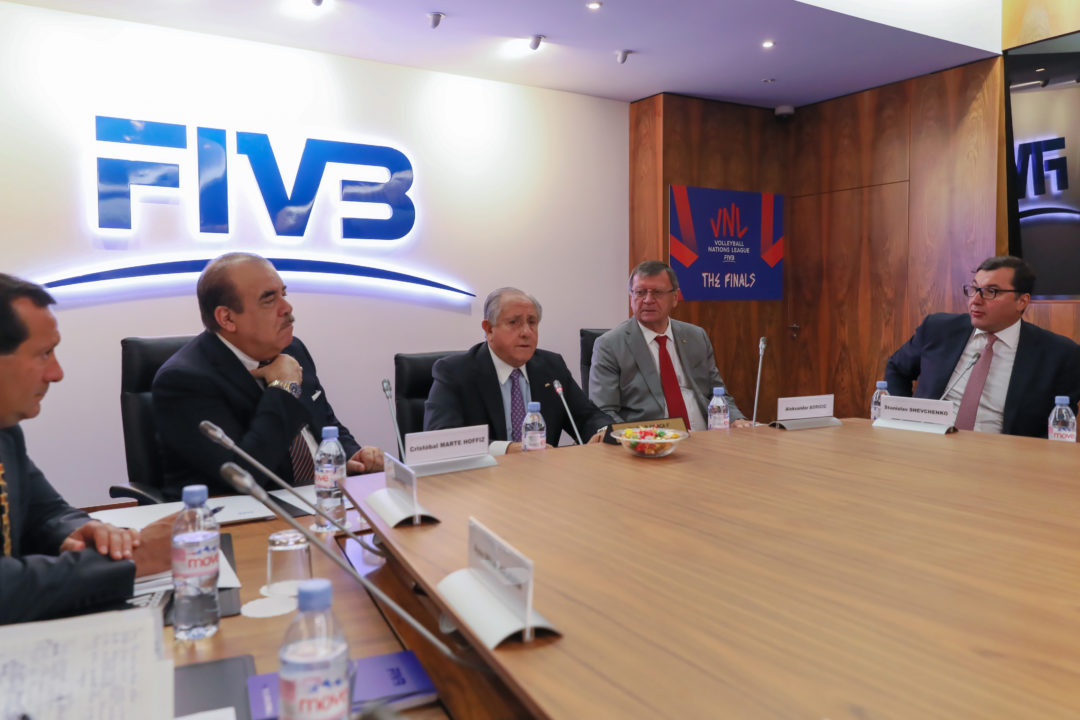 The institution was adamant in reassuring fans that, from its point of view, everything went perfectly as expected Current Photo via FIVB

Now two months after the successful run of its inaugural VNL tournament, FIVB’s top brass met to discuss the results of the event. The institution was adamant in reassuring fans that, from its point of view, everything went perfectly as expected:

“We are making history here! The VNL is a huge step for volleyball and it has truly taken us to the next level. All over the world, we ensured the same standard of arenas – the same “look and feel” throughout the VNL. Secondly, we increased prize money for the women’s champion to make it equal with the men’s which is so important for our sport. We also made a decision to offer prize money during the round robin phase. In total this amounted to more than 7 million USD. This is a big investment for us.

Our vision for volleyball is to be modern and innovative. We are always trying to advance volleyball, by using the latest technology and partnering with some of the biggest companies in the world, like Microsoft for digital transformation and IMG for TV production and distribution. Our total cumulative TV audience for the first edition of the VNL was 1.2 billion people. This is a great base, and we will work hard to better this in 2019.”

The VNL indeed brought some much needed change to the now obsolete World League and Grand Prix formats. Its major highlight was the video challenge system, which saw 41% of its 1,452 requests be successful. Nobody will ever deny the importance of technological advancement to sport, specially when it means that teams will be treated more fairly and raise the level of competition. However, the issue Ary Graça did not touch upon the meeting was the players’ and coaches’ vehement dissatisfaction with the competition’s grueling schedule. It’s safe to say that with so many injuries derailing players’ careers at the top of their game, the FIVB will have no option but to talk about its international calendar soon.