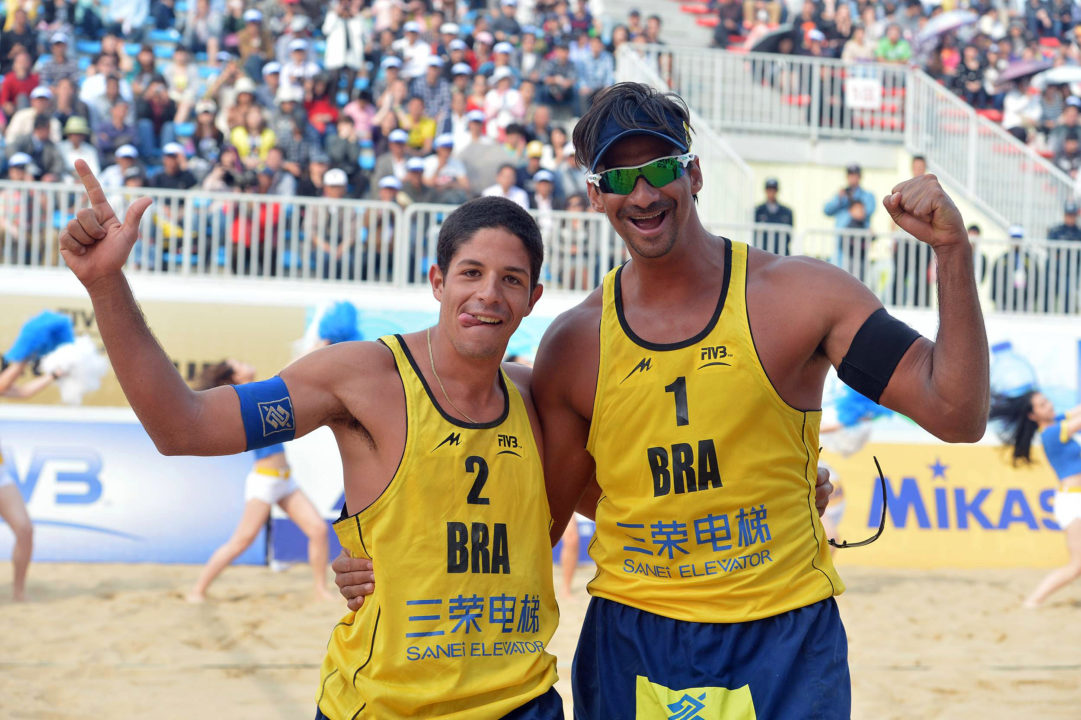 Ricardo Santos and Alvaro Filho have decided to rekindle their successful partnership that netted the duo a silver medal at the 2013 World Championships and an MVP award for Alvaro at the young age of of 22. Current Photo via FIVB

Ricardo Santos and Alvaro Filho have decided to rekindle their successful partnership that netted the duo a silver medal at the 2013 World Championships and an MVP award for Alvaro at the young age of of 22.

The three time Olympic medalist Ricardo, now 43-years-old, has only recently returned to the World Tour, after a two month partnership with Gustavo Carvalhães, and now wants to make a run at 2020 Tokyo. According to him, Alvaro is the perfect teammate to help with said goal:

“We had our first partnership in 2013, where we were runners-up in the WCH. I believe we can rekindle this winning team. Our main goal at the moment is to form a strong team, not only of athletes, but with our entire technical committee. I’ve always been motivated by challenges throughout my career. Every change motivates me even more. I see it this way: every change comes so that the athlete can grow. I feel very good physically, playing in a high level and I believe that together with Alvaro we can be fighting for a spot at the Tokyo Olympics in 2020.”

Alvaro’s last teammate was Saymon Santos, with whom he won the 2016/17 Brazilian circuit, setting the competition’s record for straight podium finishes, with 11. In 2017, they won the Ft. Lauderlade Major. Her is how he reacted to being back with Ricardo:

“I’m very excited. He really is a player who doesn’t need any kind of presentation. He is always surprising and reinventing itself. I am very motivated to play alongside a legend.”