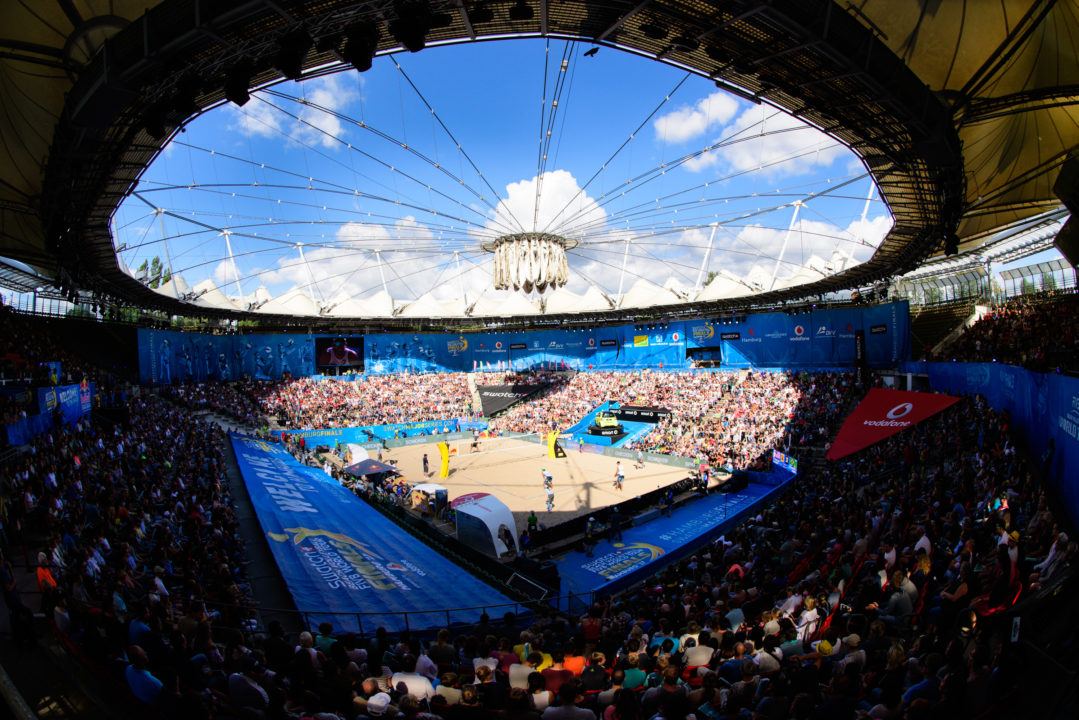 With just a few months to go before the true beginning of the 2017-18 FIVB Beach Volleyball World Tour, the FIVB has announced the upcoming year's schedule.  Current Photo via FIVB

FIVB has announced the complete schedule for the 2017-2018 FIVB Beach Volleyball World Tour. The schedule was ratified at the World Tour Council meeting in Lausanne, Switzerland last week.

In total, there will be more than $7 million in prize money available, including $800,000 at the World Tour finals. That’s more than double the $3.3 million available last year.

The site of the 2018 World Tour finals has not yet been announced – but the tournament will take place from the 14th-19th of August. This will be the 4th edition of the beach volleyball mega-event, after finals held in Ft. Lauderdale, Toronto, and Hamburg.

This year’s schedule will feature four 5-star events – the top of FIVB‘s star-system that was introduced last year to tell the relative significance of the tournaments. Those tournaments will take palce in Ft. Lauderdale, Croatia, Gstaad, and Vienna. The first of those will once again be in Ft. Lauderdale, USA from February 27th-March 4th.

In addition to prize money increases, the number of events has more than doubled, allowing for extended opportunities for teams have more playing opportunities. Modified pool play will also be introduced at all 1-star through 4-star events for the beginning stages of the Main Draw tournaments – as compared to the traditional single-elimination tournaments that were historically used for the lower-starred events.

This year is also unique in that the season has actually already started. 4 events, awarding a total of $110,00 per gender, have already occurred.

See FIVB’s Graphical Representation here. below is the full schedule.