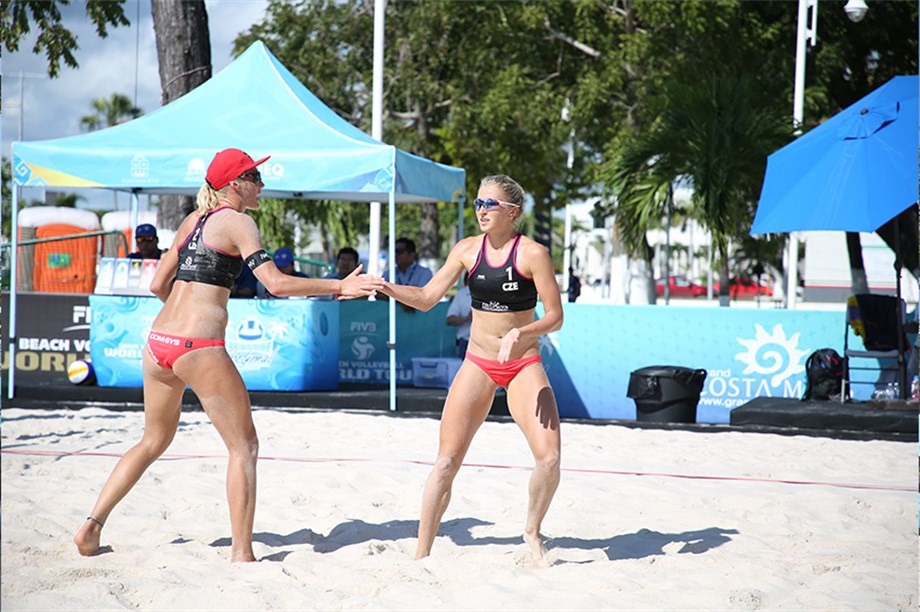 It now has been two years since Czech Republic's Michala Kvapilova made the switch from the indoor game to the beach.  Current Photo via FIVB

It now has been two years since Czech Republic’s Michala Kvapilova made the switch from the indoor game to the beach. With the move came a long climb up for the player, since when athletes transition to the beach, they start out with 0 ranking points. Now, since ending her partnership with Kristyna Kolocova due to the latter’s retirement, and starting a tandem with also recently transitioned Michela Kubickova, she knows she’ll have to start the climb up from the beginning again.

After making their debut at the Czech Championships, where they took gold, the new team played just its third World Tour event this week at the Chetumal Open after finishing 17th in Qinzhou and 33rd in Yangzhou. Kvapilova to FIVB.com about her new goals in the sport:

“To us, it’s a challenge and since we accepted it, we are looking forward to completing it. We’re having some difficulties as every new team does, especially with on-court communication. But we’re getting better at each tournament. Most of my experience comes from my time with Kristyna. To me, it was a bit harder there because I was the one coming from indoor and adjusting to the beach. We had good and bad seasons and now it’s a new chapter, one that makes me really excited. It’s a lot of experiences and I’m enjoying it. Sometimes we have hard moments, but it’s very important to go through the process and all the experiences. That’s how you get to become a good player.”

The Czech duo started out their Chetumal run with a loss to Norway’s Hjortland/Kjolberg and a win against Mexico’s Herdrick/Ibarra in the main draw. They then went on to win against USA’s Howard/Reeves in Round 2 before being eliminated from the tournament by Canada’s Wilkerson/Bansley.