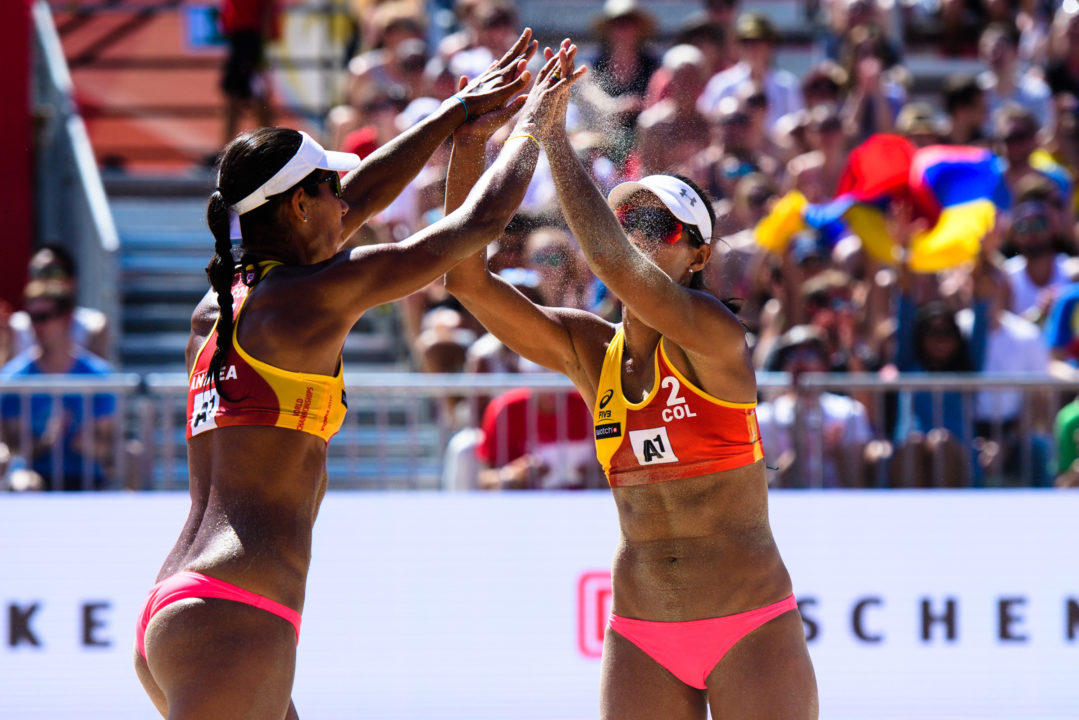 The Galindo sisters are by far the most successful Colombian beach pair duo in FIVB’s World Tour. Together, they have represented their home country in 14 different nations across five continents in over 10 years of play. In hopes of adding one more country to the list, Tokyo in 2020, the sisters took to Chetumal Open this week to fight for Olympic qualification. Also, the Mexican World Tour stop has an addtional special meaning for the fraternal duo, as it was in Chetumal that they first took the courts together in 2005.

The sisters spoke to the FIVB about their hopes of taking Colombia to the Olympic Games:

“Our hard work has had several positive results already. What we want now is to be present in the World Tour more often. The stars system made it more accessible for us and we’re looking for the resources to play in more events. We feel this is very important because if you are not constantly competing at the high level, it’s hard to keep the same performance level. We’re very happy with what we accomplished so far. We’re the only Colombian team competing internationally and it means a lot to keep our country in the mix. But we hope some other teams can follow us soon. There are a lot of young players who are looking to compete overseas and that’s a goal we have too, to inspire other teams to keep improving and represent our country.” – Claudia

“Our mindset is always to make the most of each tournament we play and get one step closer to our goal, which is qualifying for the Olympics. We know that every experience we have on the World Tour makes us better, especially know that we have a coach that has worked with several top teams and makes us see things a little differently after just one month of work.

With all the ups and downs, it has been wonderful. We’ve been through a lot together, for the bad and for the good. We’re family and sometimes it’s hard. Of course we trust each other much more than any other partner we could have, but we also fight more. It has been like a puzzle, we needed every piece at its exact place so it could work. I think we grew a lot, both personally and professionally, and we learned how to deal with the situation in a great way.” – Andrea

Unfortunately for the sisters, they did’t make it past Chetumal’s main draw, losing to Brazil’s Clara/Maia and Austria’s Freiberger/Teufl. Regardless, the road to Tokyo is a long one, and the sisters have already participated in 5 World Tour stops this season, a vast improvement from the previous editions of the tournament. The Olympic dream is still on.