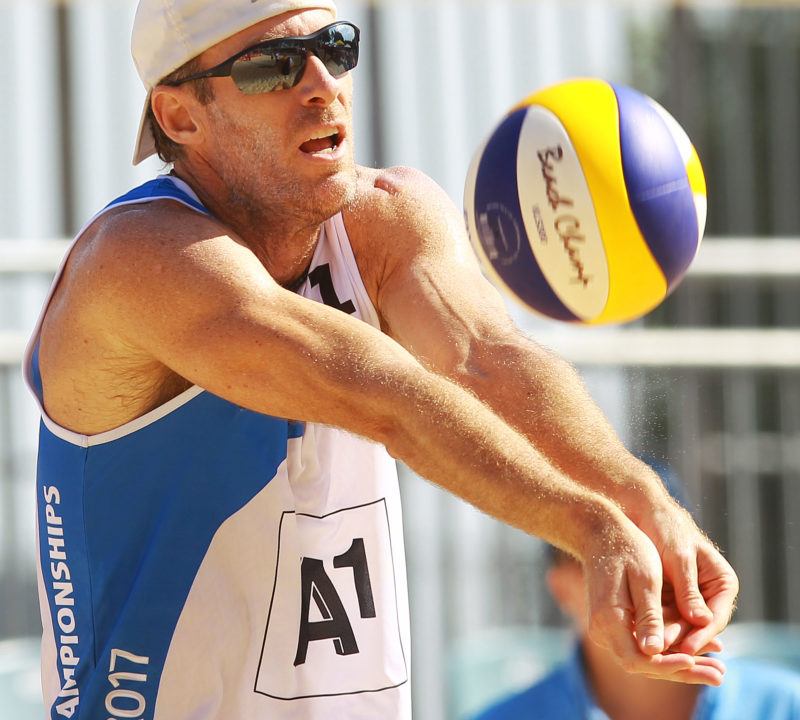 In a tough two-set match, John Hyden and Ryan Doherty take down the reigning champions Phil Dalhausser and Nick Lucena for the AVP Tour title in Chicago.  Current Photo via FIVB

In a tough two-set match, John Hyden and Ryan Doherty take down the reigning champions Phil Dalhausser and Nick Lucena for the AVP Tour title in Chicago. This was the final tournament of the AVP Tour and it offered more money and AVP points as it was a Gold Series event. Hyden/Doherty took home $22,000 in winnings with 1,200 points added to their AVP total for the year.

Leading up to the finals, Hyden/Doherty took down Billy Allen/Stafford Slick who fought their way back from the contender’s bracket like Dalhausser/Lucena did after falling to Jermy Casebeer/John Mayer.