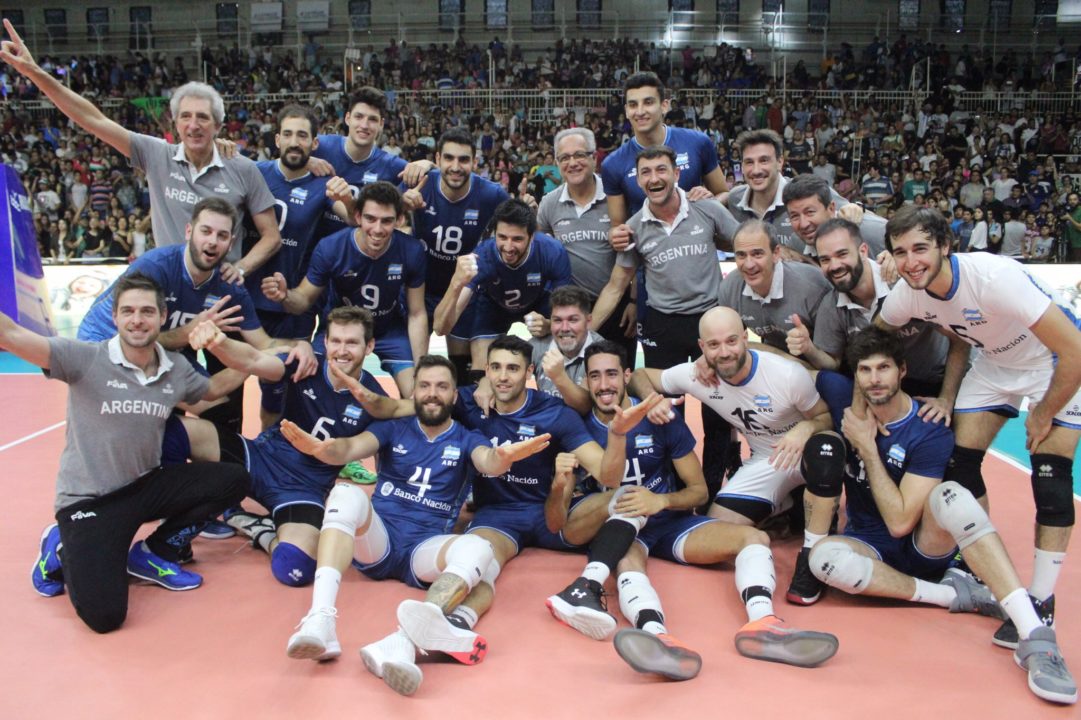 The second and final South American spot at the 2018 FIVB Volleyball Men's World Championships that will be held in Italy and Bulgaria has been awarded to Argentina.  Current Photo via FIVB

The second and final South American spot at the 2018 FIVB Volleyball Men’s World Championships that will be held in Italy and Bulgaria has been awarded to Argentina.

The tournament was a three-way tournament with the best overall team earning the qualification. Argentina, Chile and Venezuela all competed in matches against each other, with Argentina coming out on top with two victories.

Argentina had two strong scorers in the match – Cristian Poglajen and Santiago Darraidou who each put down 13 points, being the only players in the match to reach double-digits. For Venezuela, Jhonlen Barreto put down nine points in the loss.

The World Championships are scheduled to take place from September 10 through 30 in 2018.