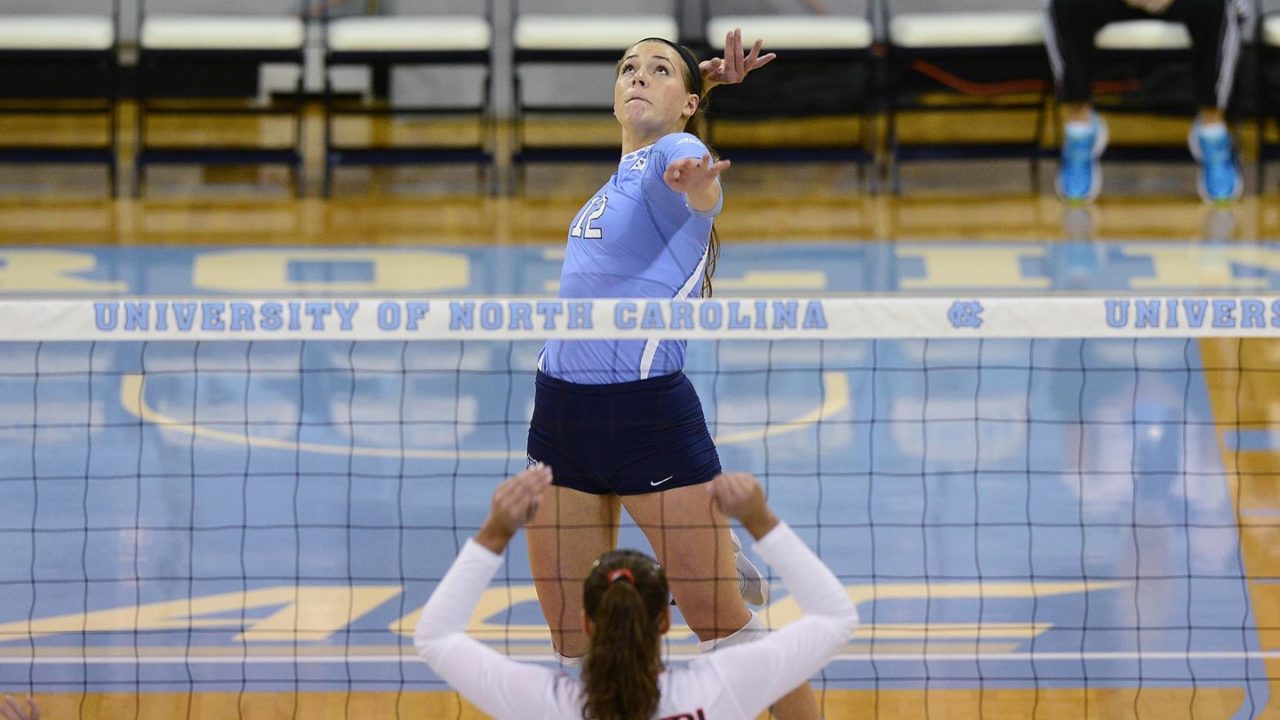 Former All-ACC First-Teamer and Freshman of the Year Julia Scoles is transferring from North Carolina for beach volleyball at Hawaii. Archive Photo via UNC Athletics/Volleyball

Former All-ACC outside hitter Julia Scoles is changing out the hardwood for the sand, as she is leaving the North Carolina indoor program for Hawaii’s beach team in the 2018-2019 school year. That means Scoles, who will have three more years of eligibility, will participate with the team for her first season in the spring of 2019.

A 6’1″ native of Mooresville, North Carolina, Scoles came to North Carolina as a top 10 recruit and an Under Armour First-Team All-American. She immediately made an impact with the program in 2016 as a true freshman, totaling 305 kills (3.05 per set) on a .276 hitting percentage, 259 digs (2.59 per set), 54 blocks (0.54 per set) and 32 aces (0.32 per set) on a team that made the Sweet 16. Her play earned her a spot on the All-ACC First Team, as well as AVCA All-America Honorable Mention, ACC Freshman of the Year and countless other honors.

Year two wasn’t quite the same for Scoles however, as she suffered a concussion in the second match of the season and never got back to game action. On the bright side, she was granted a medical redshirt, sustaining an extra year for her as she will be a redshirt sophomore in the fall. The loss leaves North Carolina with three returning outside hitters plus newcomers for the 2018 season.

Hawaii beach volleyball is in the midst of a 32-3 season as they prepare for the Big West Championship. They are currently ranked third in the latest AVCA Coaches Poll.

Scoles took to Instagram to announce the decision, which can be seen below:

Switching up the court for the sand ? excited to announce my commitment to play beach volleyball at the University of Hawaii!! Forever grateful for my time here as a Tar Heel and the people that have made this place so special. Stoked for this new chapter in life— God is oh so good?? #gobows

I really liked Julia’s playing during her freshman campaign. I was really hoping to see her play in the 2018 season 🙁 Best of luck to her.