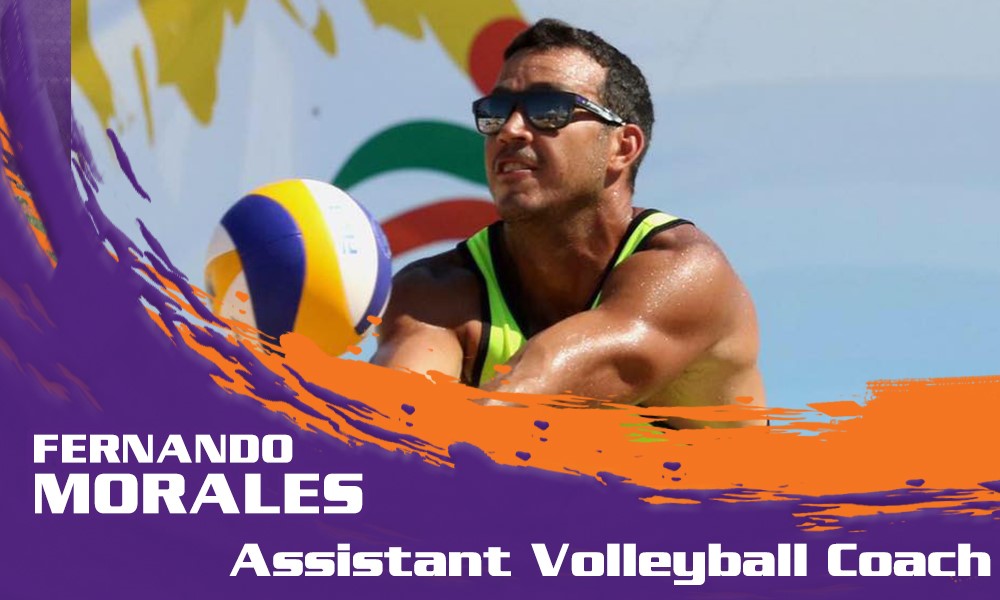 EVANSVILLE, Ind. – Purple Aces head volleyball coach Manolo Concepcion has announced the hiring of Fernando Morales as an assistant coach at the University of Evansville.

Morales brings 19 years of national and international playing experience to the Purple Aces with 12 of them coming overseas.  He brings extensive experience with both indoor and beach volleyball to UE.

“I am thrilled to have Fernando join our coaching staff. He brings tremendous experience to the table, being coached and trained by some of the best minds in the world of volleyball,” Concepcion said.  “His charismatic and transformational leadership capabilities are above and beyond. He has always been one of those players that know how to get the best out of his teammates and people around; this is why he has been the captain of the National Team, as well as of many of his Pro League teams around the globe.”

“He knows how to relate to players and teach the game well, which are two of my favorite aspects about his addition; especially since he has had the task of leading people from different backgrounds, races, religion, language and country of origin,” Concepcion added.  “I look forward to his contribution in areas like individual skill development, offensive coordination, in-game coaching, scouting report design, and recruiting.”

Morales also brings a wide range of coaching experience to the program.  An assistant coach at the professional level at Changas, he has also worked in several positions at the University of Kentucky camps, Cruz Control, Specialized Position Academy and the Fernando Morales Volleyball Camp.

He was a 3-timen Pro League Champion and accumulated numerous awards in his career along with a silver medal in the 2008 Olympic Qualifiers.  He also played in the 2007 World Cup, earning a 6th place finish.

“I am excited to start the new stage of my life and am even more exited to do it with Manolo,” Morales said.  “I played my first years with him and now we are going to be together for my first years as a college coach.  We made a great team playing and I know we will have the same success coaching.”