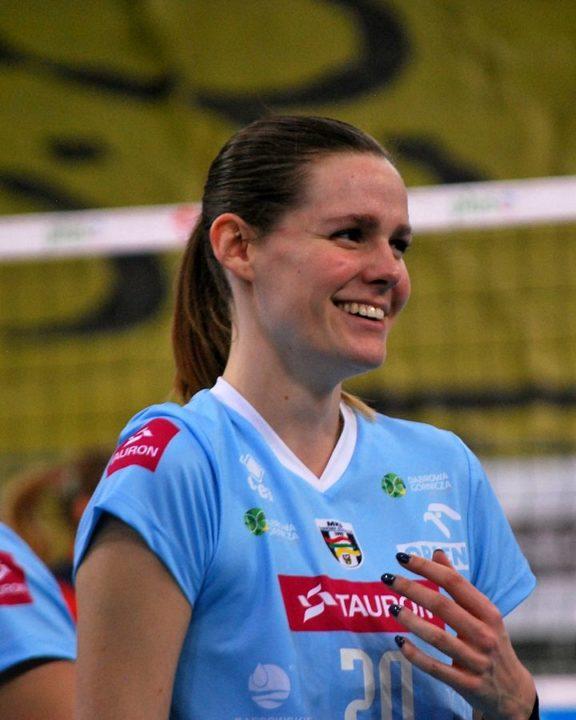 According to Siatka.org, former Kentucky Wildcat and a retired Canadian national teamer Rebecca Pavan will be replacing Kinga Hatala in Polish League’s Treflem Proxima Krakow. Prior to signing, Pavan spent the first half of the 2017-2018 without a club.

The 27-year-old Kentucky University graduate (Class of 2011) is no stranger to to Poland, having played in Béziers Volley and MKS Dąbrowa Górnicza after graduating. However, she is still getting used to playing as an opposite hitter, as she made the switch from middle blocker only three years ago. She was part, together with her sister Sarah Pavan, of Canada’s women’s national volleyball team and participated at the 2014 FIVB Volleyball Women’s World Championship in Italy.

Here is what Lukasz Kadela, Proxima Krakow’s president, had to say about the new signing:

We needed reinforcement in the attacking position. We talked with Kinga and our coach, and decided that a change was necessary. We would like to thank Kinga for playing in our colors. Pavan is a well-known player, having already played in Poland. Her signing significantly strengthens our team.

After her half-season sabbatical, Pavan took to her personal Instagram page to let fans know she would be wearing her knee pads again:

Proxima Krakow currently sits in 9th place of the Polish League standings with a 4-8 record.