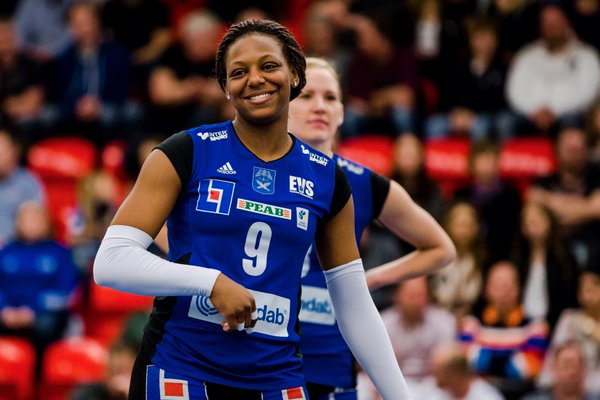 American spiker Erin Fairs will be making the move to Italy for the 2018-19 season to play with Omag Consolini... Archive Photo via Bring It Promotions

American spiker Erin Fairs will be making the move to Italy for the 2018-19 season to play with Omag Consolini Volley San Giovanni in Marignano.

Fairs, 5’9″/180cm, signed to play with Trefl Proxima Kraków in the Polish league for the 2018-19 season, however the team dissolved prior to the start of the season. Fairs decided to sign with Omag Consolini Volley shortly after.

Fairs will be joining a squad that’s coming off one of the best seasons in the history of the club. Omag Consolini Volley won the Italian Cup A2 series last year, finished fourth in the season of the Serie A2 (second highest division of the Italian League), and went on to place second overall in finals.