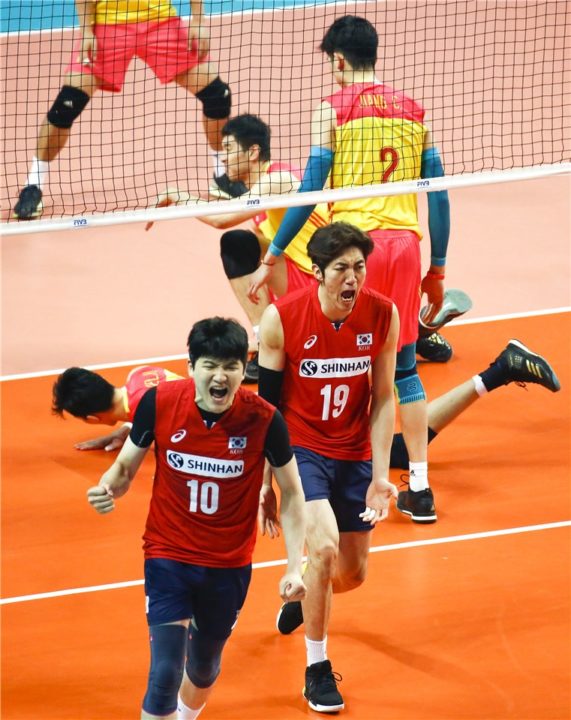 North and South Korea have agreed to submit a joint bid for the 2032 Olympic Games, as well as participate in... Current Photo via FIVB

North and South Korea have agreed to submit a joint bid for the 2032 Olympic Games, as well as participate in the Toyko 2020 as one team, the New York Times reported Wednesday.

North Korean leader Kim Jong-un and South Korean President Moon Jae In met for a summit meeting in North Korea’s capital of Pyongyang Wednesday and released a statement about the joint bid. Few details about the agreement have been made public, including how the Olympic events would be split geographically, and how North Korea would be able to host international athletes, fans, and media given its strict travel policies.

However, it will be at least a few years until the International Olympic Committee would award the 2032 host; recent trends indicate that announcement will probably be made in 2025. Paris 2024 and Los Angeles 2028 were just announced last year.

South Korea previously hosted the 1988 Summer Olympics in Seoul and 2018 Winter Olympics in Pyeongchang. In both years, there were plans to hold some events in North Korea that never came to fruition.

In addition to the joint bid, Reuters reported that the two nations will compete as one in Tokyo, which would continue the precedent set at the Winter Olympic Games in Pyeongchang last February. To those Games, North Korea sent a delegation of athletes and officials, and the two nations entered the opening ceremonies together, and additionally competed as a combined women’s hockey team.

Should the Koreas eventually be awarded the bid, it would be the fifth instance – on top of Beijing 2008, Pyeonchang 2018, Toyko 2020, and Beijing 2022 – of the Olympics taking place in Asia this century. Australia, India, China and Indonesia are among the other nations who have expressed interest in hosting.