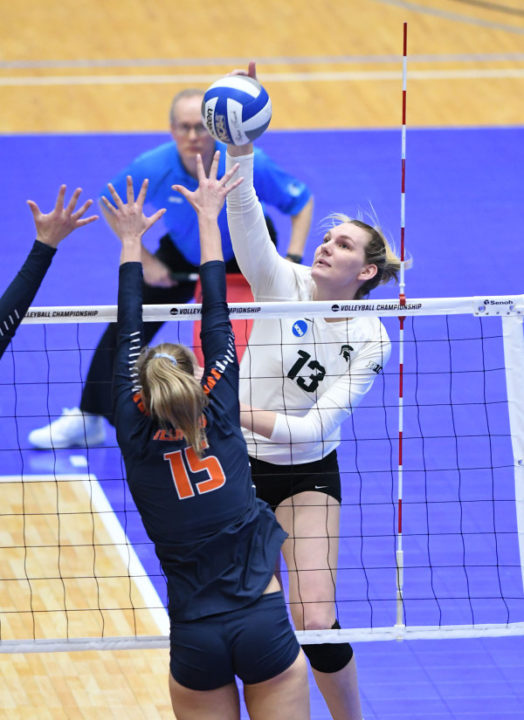 Former Michigan State outside/opposite Brooke Kranda has moved her volleyball playing career to the Philippines where she will play with the Foton Tornadoes in the upcoming Philippine Superliga Grand Prix. Current Photo via Michigan State Athletics

Former Michigan State outside/opposite Brooke Kranda has moved g career to the Philippines where she will play with the Foton Tornadoes in the upcoming Philippine Superliga Grand Prix.

In Kranda’s career with the Spartans, she posted a total of 794 kills for an average of 2.74 kills per set along with 94 service aces, 125 digs and 170 blocks. Kranda redshirted in 2013, not appearing in any matches for Michigan State, and in her freshman season she played in just one set. She saw a jump in her playing time in her redshirt sophomore season, playing in 92 sets and scoring 274 kills, and as a junior she played in 88 sets that saw her add 187 kills. Her senior year was her best year on the court, with 333 kills for an average of 3.06 kills per set while playing in 109 sets on the season.

The Spartans ran deep into the 2017 NCAA Tournament, losing to Penn State in the Elite Eight (regional finals) in straight sets. Prior to that, they downed Missouri State in the opening round, followed by Creighton in the 2nd round and Illinois in the Sweet 16.

The Philippines Superliga Grand Prix will begin on February 18 with many teams bringing in top foreign players to reinforce their squads come tournament time.