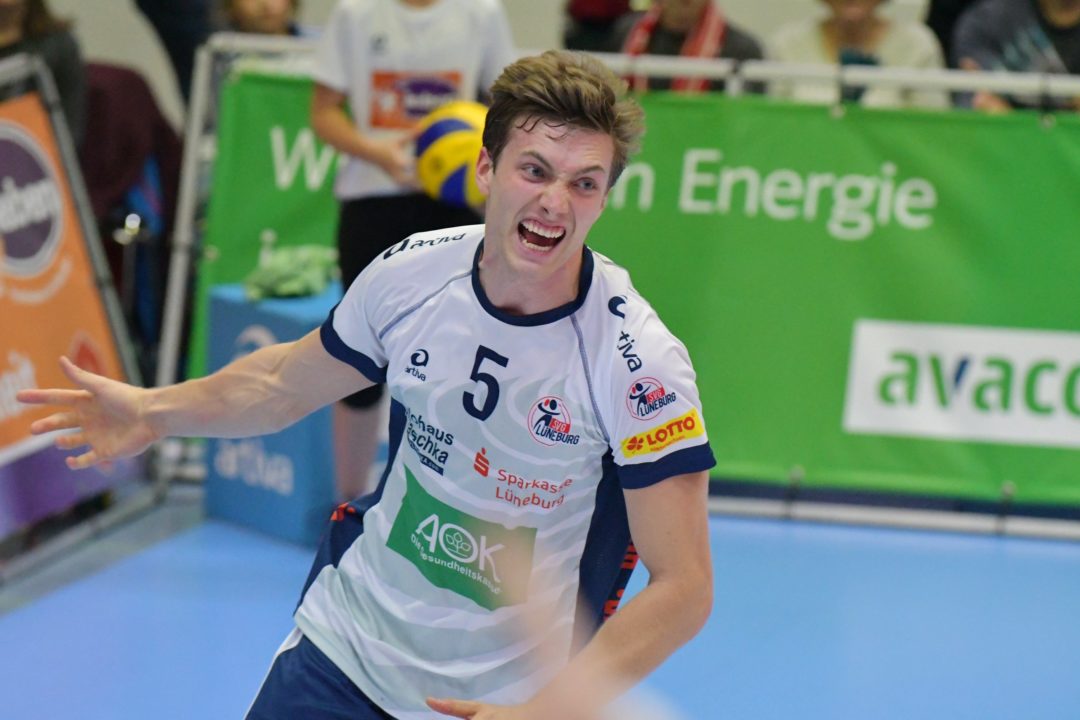 Kessel earned second-team All-America honors by the AVCA in his senior season (2015),becoming the first Princeton player to ever earn an AVCA first or second-team All-American honor. He ranked third nationally in points per set (5.12) and fourth nationally in kills per set (4.25). In 2015, he represented Team USA at the Pan American Cup Current Photo via https://svg-lueneburg.de/

SVG Lueneburg has announced in its official website that it has extended ties with Cody Kessel for a third season. The 27-year-old 6’5″ American outside hitter will undergo his 5th professional season after graduating from Princeton University, all of them in Europe.

Here is what Kessel had to say of the extension:

“It was not an easy season for me. But still, I extended with the team because I accept this challenge and love all the people around me in Lüneburg. We have built a team with a special culture and I am proud to be a part of it. I was not happy with some results from last season and I know that I can play a lot better. I am lucky that I get this opportunity again and I will give everything I have, I know that I can again show the best version of myself.”

His coach Stefan Hübner also talked about the transaction:

“His first year with us was outstanding – the second then a little more difficult. But it was also not to be expected that he can always continue at the high level. I can well imagine that Cody has now turned the page d I’m glad that he is staying. He needs a bit more laxity again, in the end he wanted to force it too much.”

SVG went 11-9 in its last season, good enough for 7th place and a spot in the playoffs, where they were eliminated by eventual champions BR Volleys.