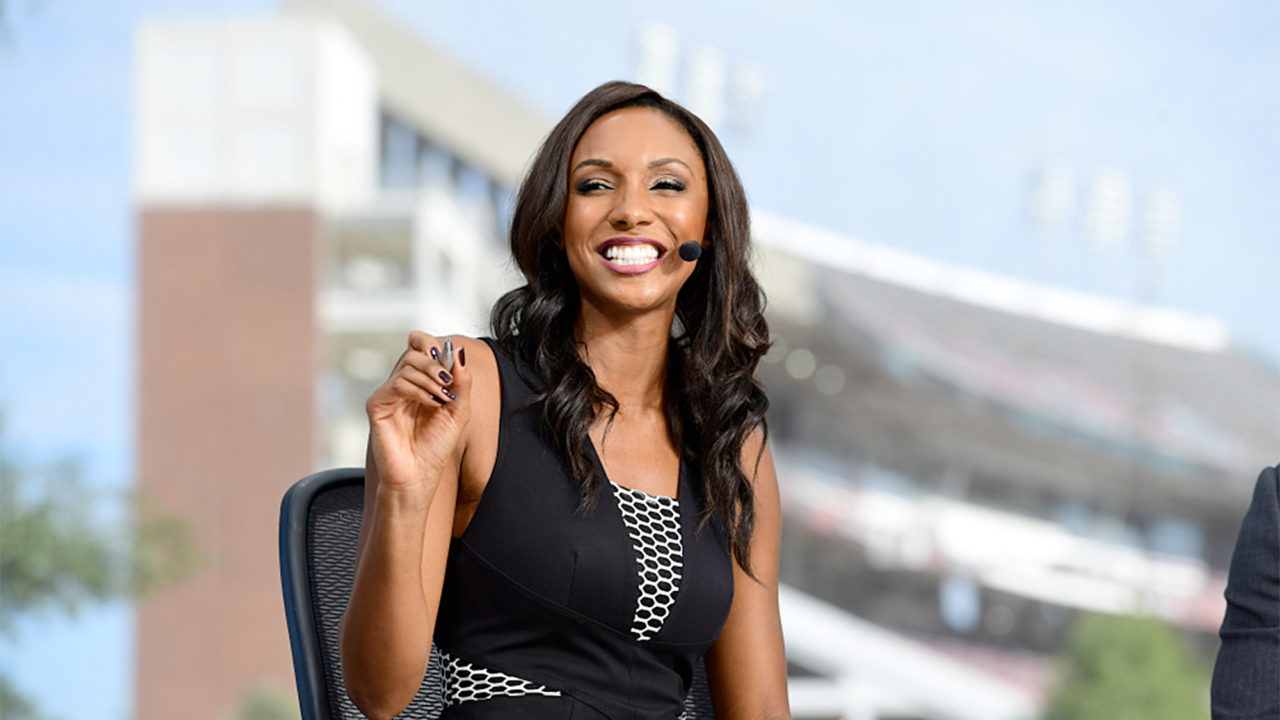 Maria Taylor (above) was a four-year All-SEC play at Georgia. Current

The show tours around the country every week of the college football season and airs live from somewhere near the football stadium.

Taylor’s big breakthrough was with the SEC Network, an ESPN property, which she joined in 2014. Last season, she was part of that network’s equivalent of College Game Day, SEC Nation, which she hosted along with Tim Tebow, Marcus Spears, and Paul Finebaum.

Taylor, who in her debut declared that her goal for the season was to earn the title as the show’s best athlete, was a two-sport star at Georgia from 2005-2009. As a 6’2″ outside hitter, she was a four-time member of the All-SEC volleyball team and remains 4th on the school’s all-time list in career kills.

After college, Taylor received an offer to play volleyball professionally in Puerto Rico, but with a push from her basketball coach, instead chose to pursue a different professional sports career. The rest was history, and now she’s in the spotlight on one of the country’s biggest college sports assets.

Taylor also spent time at the SEC Network covering volleyball and women’s basketball and has been an analyst for ESPN’s coverage of the NCAA Women’s Volleyball National Championship game.