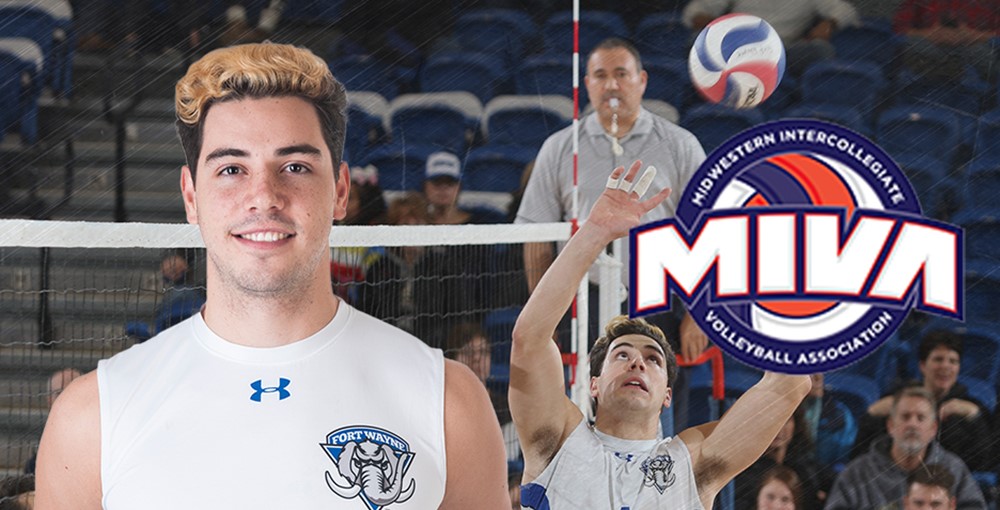 The Midwestern Intercollegiate Volleyball Association has selected McKendree’s Brendan Schmidt as the Offensive Player of the Week and Fort Wayne’s Michael Keegan as the Defensive Player of the Week, for the period from Jan 8-14.
Schmidt hit .652 with 3.00 kills per set in wins over Limestone and Lincoln Memorial. He also added three aces in each match for six total and an average of one per set. Against Lincoln Memorial he hit .800 with nine kills on 10 swings. The senior middle blocker totaled 29.5 points (4.9 per set) on the weekend.
Keegan helped the Mastodons to sweeps at Princeton and NJIT. The ‘Dons are now 4-0 on the season, winning each match in three sets. For the week, the junior setter averaged 3.67 digs per set. He totaled 17 digs against the Tigers and five against the Highlanders. He also pitched in two blocks.