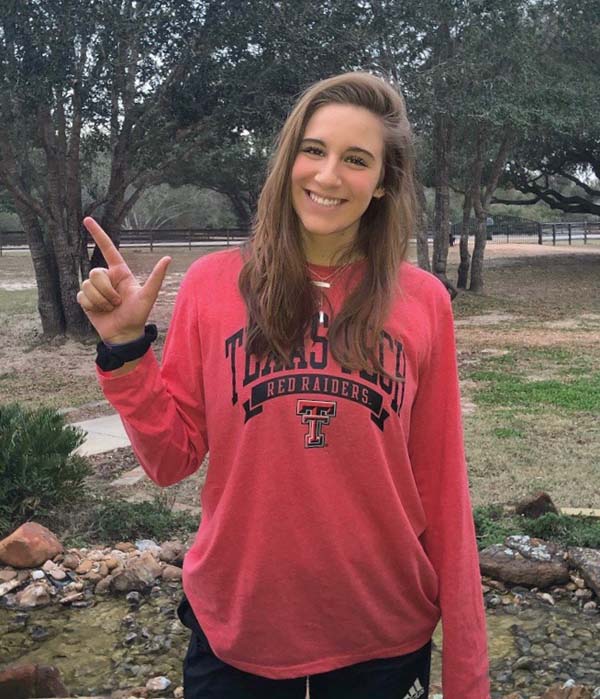 Outside hitter Mackenzie Morgan, a first team all-state honoree in 2016 and 2017, has made a verbal commitment to Texas Tech.

The Bellville, Texas, native also was the 2016 UIL District 25-4A Newcomer of the Year and earned UIL academic first team honors.

Morgan has played club for the Houston Juniors and the HJV 16 Elite teams.

I’m excited to announce that I have verbally committed to further my education and play volleyball at Texas Tech University! ❤️ #wreckem pic.twitter.com/etWWZMXlae