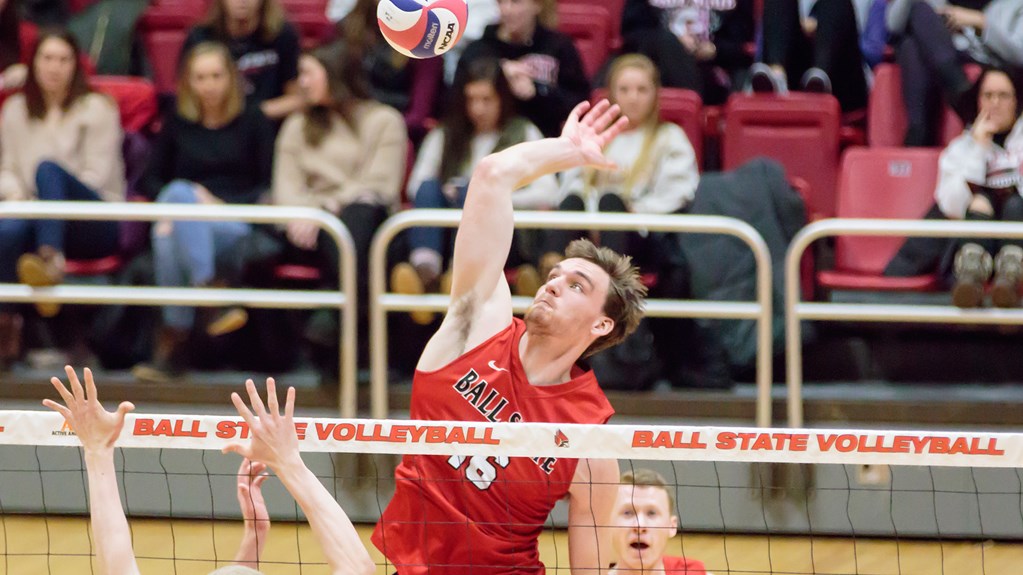 Ball State's Matt Walsh picks up this week's AVCA Player of the Week after helping the Cardinals to wins over Sacred Heart and Harvard.  Current Photo via Kyle Crawford, Ball State Athletics

Ball State’s Matt Walsh picks up this week’s AVCA Player of the Week after helping the Cardinals to wins over Sacred Heart and Harvard. This is the second award that Walsh wins this week, as he was named the MIVA Offensive Player of the Week while being named an honorable mention for VolleyMob this week.

Walsh played in all nine sets this weekend, putting down 3.00 kills per set on a .625 hitting clip while adding in 1.78 blocks per set. Against Sacred Heart, Walsh put down 15 kills on a .636 hitting percentage along with two aces and six blocks. In the Cardinal’s next match versus Harvard, Walsh added another 12 kills to his tally while also recording 10 total blocks, one solo and nine assists. Now, Walsh ranks #2 in school history with 402 blocks during his career.

Walsh’s performance helped Ball State move from #15 in the NCAA/AVCA rankings to #14 this week while moving down in the VolleyMob ranking from #17 to #20 this week.

Walsh is the 13th player in Ball State history to be recognized with the award, with the last coming nearly four years ago on February 4, 2014, when Marcin Niemczewski took home the award.

The Cardinals are now 4-2 on the year and will travel to Fairfax, Virginia to take on Pepperdine and George Mason on January 27 and 28, respectively.