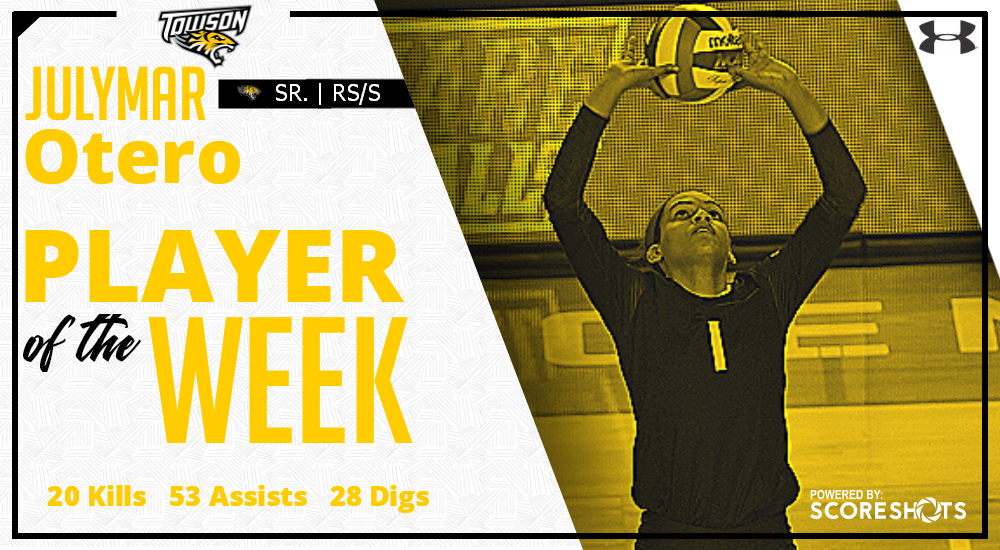 A strong all-around effort lifted Towson setter/outside hitter Julymar Otero to Colonial Athletic Association Player of the Week honors. The Toa Baja, Puerto Rico, native accounted for 6.62 assists, 3.50 digs and 2.50 kills per set, while also adding two aces and two blocks in the team’s four-set wins over Delaware and James Madison. The senior posted 25 assist, 14 digs and eight kills vs. Delaware and followed that with her third triple-double of the year, notching 12 kills, 28 assists and 14 digs vs. James Madison. 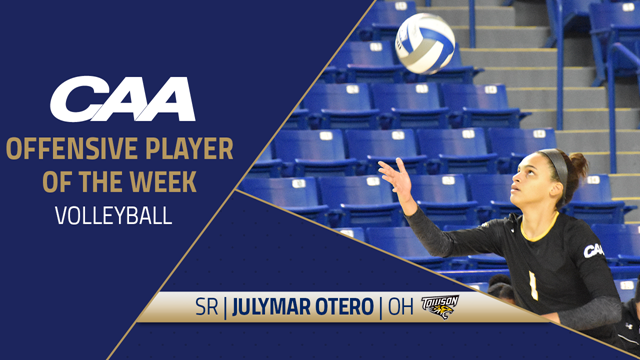 James Madison libero Sarah Driscoll pulled up 5.75 digs per set en route to Defensive Player of the Week honors as the Dukes went 2-1, including wins over Hofstra and Delaware. The sophomore notched a career-high 28 digs in the five-setter against Hofstra and added 19 digs, three assists and two aces in the sweep of delaware. The Cincinnati, Ohio, native wrapped up the week with a match-high 22 digs and two assists against Towson. 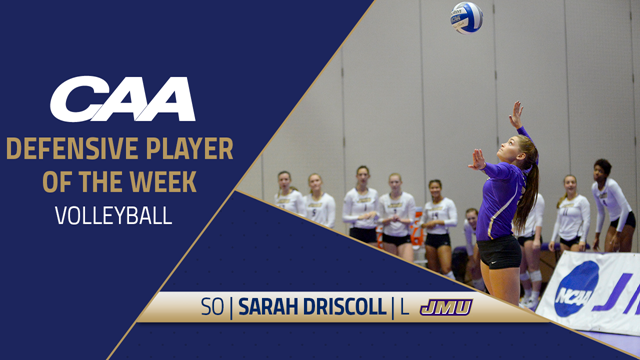 College of Charleston junior libero McKala Rhodes made her case for Defensive Player of the Week with 5.00 digs per set in road wins at Elon and William & Mary. The Charleston, South Carolina, native helped the Cougars stretch their win streak to six matches with a 22 dig effort against Elon and 18 saves against William & Mary. 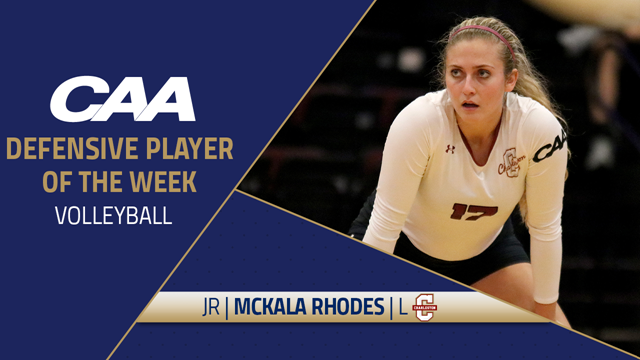 Rookie of the Week honors went to William & Mary middle blocker Julia Brown. The Geneva, Illinois, native notched 2.00 kills and 2.00 blocks per set as the Tribe went 2-1 against Norfolk State, UNC Wilmington and College of Charleston. Brown tallied a team-best eight kills and nine blocks against Norfolk State. The rookie chipped in six kills and six blocks against UNCW and ended the week with eight kills, a .500 hitting effort, seven blocks and four digs vs. CofC. 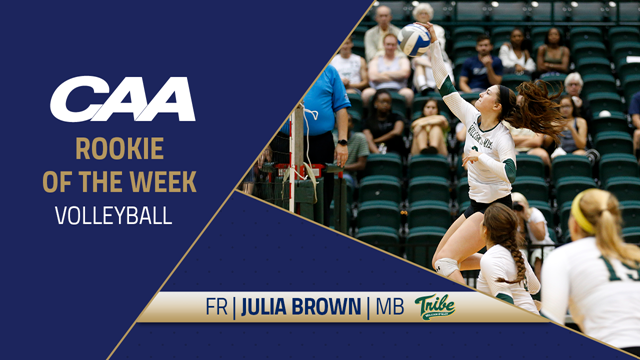