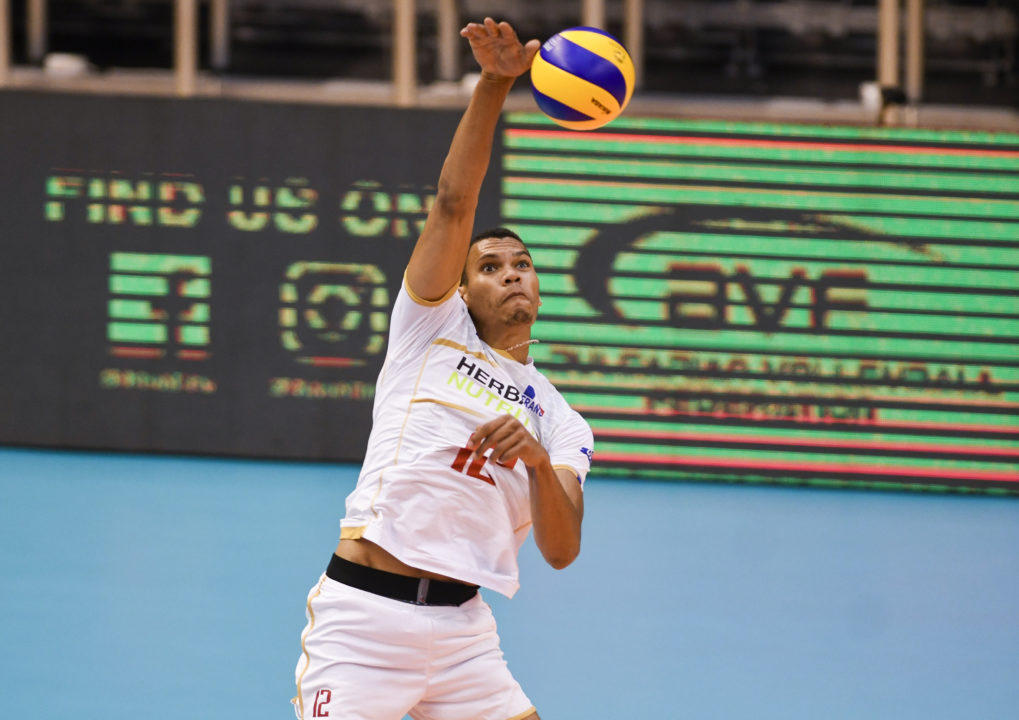 French opposite Stephen Boyer was held out of this weekend's matches in Poland as a precaution, French coach Laurent Tillie says. Archive Photo via FIVB

22-year old French opposite Stephen Boyer sat out of this weekend’s Memorial of Hubert Jerzy Wagner Trophy with a stiff neck. With his absence, France finished 1-2 on the weekend and in 3rd place out of 4 teams. In his absence, 21-year old Jean Patry was named the best opposite of the tournament.

According to his coach Laurent Tillie, Boyer is dealing with a case of Torticollis, which is the technical term for a “crick in the neck.” In his post-match comments, Tillie downplayed the severity of the injury, calling it a “small” strain, but also said that they weren’t taking any chances.

Lest there be any controversy over who France’s starting opposite should be after a standout performance by Patry this weekend in Boyer’s absence, after Patry scored 18 in his Nations League debut, hitting 51.6%, Tillie stuck with Boyer in spite of the fact that his answer (16 points, 36.1% hitting) was not as strong. Boyer wound up leading France in scoring in the tournament, ranking 7th overall in preliminary play, though he scored just 7 in the championship match loss to Russia (where France as a team also struggled).

The French team now returns for training in Paris before playing Serbia next Sunday in Coubertin.