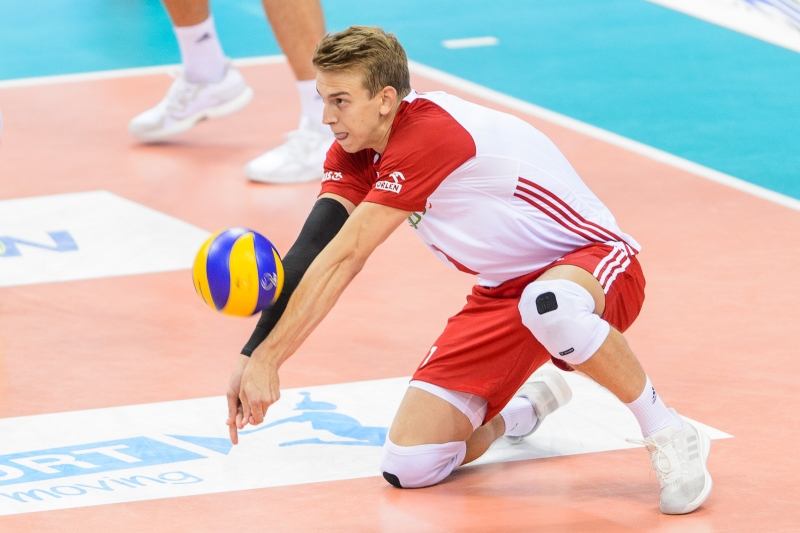 After a tense 2nd day at the 2018 Memorial of Hubert Jerzy Wagner, where both matches went to tie-breakers, Poland showed their might on day 3 by finishing off Russia 3-2 to take the 2018 tournament title. The win for Poland is its 8th in 15 editions, which is the most of any nation (they’re also the only country that’s played in all 15 tournaments).

Sunday’s other match started out with an emphatic Canadian win, but France rolled from there to take a 3-1 victory.

The Polish men used an incredible 13 aces, including 3 each from Damian Schulz and Artur Szalpuk, to knock off the defending Nations League champions Russia in another tie-breaker on Sunday. The tournament, unintentionally in a round-robin format, came down to this game for the title.

With Poland keeping Russia constantly on-heel with their serve, the Russians could never mount much of a counter-attack, though they played a clean game led by 16 from Dmitry Volkov on 15/36 hitting (.417), and another 15 from Maxim Mikhailov on 14/28 hitting (.500).

“First of all, this tournament was a very good experience for us,” Russian coach Sergei Szliapnikov said after the matchI was able to see what I wanted, I tested all the players. We did not want to win this tournament at all costs. Our goal was to check individual players at a given moment of the match. The plan has been implemented, which is why such matches are valuable experience.”

Polish coach Vital Heynen spoke of his team’s depth as its strength, rather than the presence of superstars, calling out Mikhailov by name.

“After this tournament I can confirm what I knew before – I have 14 very good players at my disposal,” Heynen said. “I didn’t even count how many of them played today. It doesn’t even matter, but I’m sure, that each one of them represents a very similar level.

“Perhaps we don’t have the best players in the world, like Leon or Maxim Mikhaylov, but I can say with all responsibility, that those I have at my disposal are great.”

Leon, referring to Cuban-born Wilfredo Leon, will be at Heynen’s disposal beginning in 2019 after he was finally cleared to begin playing with the Polish National Team.

With the continued development of Szalpuk, who scored 24 points on Sunday and is world-class at either hitter position, plus the easing-back of Michal Kubiak into the lineup from a case of chronic pink eye, Poland looks loaded with Tokyo just 2 years away.

Buoyed by the first appearance this weekend by Barthelemy Chinenyeze, France rallied from a first-set loss to top Canada in 4 and clinch 3rd-place at the tournament.

After the first set loss, Chinenyeze was subbed in for Kevin Le Roux at middle, and sparked a rally by Le Bleus. He had missed the rest of the weekend’s action with a minor injury, according to coach Laurent Tillie.

Also lifting Canada in the first set was their serves, but France’s Jenia Grebbenikov righted the defensive ship in the 2nd, and France was able to cut down on the mistakes.

“We love to come to Memorial, it’s fantastic and well organized competition,” France head coach Laurent Tillie said. “In addition, we have the opportunity to confront the best teams in the world. I wanted to give all athletes a chance to present themselves, that’s why I made a lot of changes. Interestingly – we played all the time on one level, so I have a balanced team. Our game is improving every week. Now we have only details to refine, but in the final analysis it is they who can make the difference.”