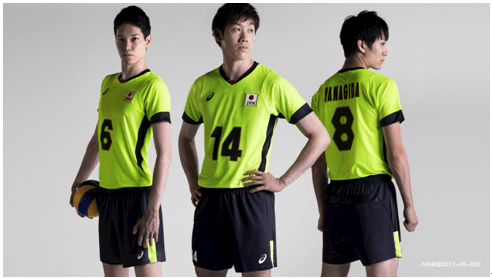 New uniform threads have been introduced by the French, Italian and Japanese national teams ahead of summer competition. Current Photo via ASICS Japan

The old adage if you look good, you play good will be tested as new uniform threads have been introduced by the French, Italian, and Japanese national teams ahead of summer competition. But, for the Japanese team, there is added meaning behind the new kits.

ASICS Japan has manufactured new jerseys for Dragon NIPPON to wear from 2017 to 2010, each following a theme, leading up to the 2020 Olympics. The first uniform features a star cluster which matches the team’s theme for 2017, Light Emission, representing a fresh start as they grow toward the goal. The jersey features flash yellow, which represents the Light Emission theme as well. The jerseys are made of a dry stretch mesh to absorb sweat, allow for ease of movement and prevent bacteria growth.

In 2018, the team’s theme is growth and features a starburst, the phenomenon which occurs when massive stars are formed, symbolizing the team’s shining stars gathering and raising each other. The 2019 version represents breakthrough, blowing up gas clouds, speaking of players overcoming challenges to evolve further. The final 2020 theme is brilliance, where shining star meet and gather power and glory.

The Italian team’s jerseys are manufactured by Errea using a new hi-tech Italian yarn, which offers a 50% weight reduction compared to traditional volleyball jerseys.  The kits are “designed to dress the Italian Dream” and are “loyal to the respect of tradition.” The jerseys made their debut as the National Women’s Under 18 team in the European Championships in April. There are three versions of the kits, blue, white and navy. 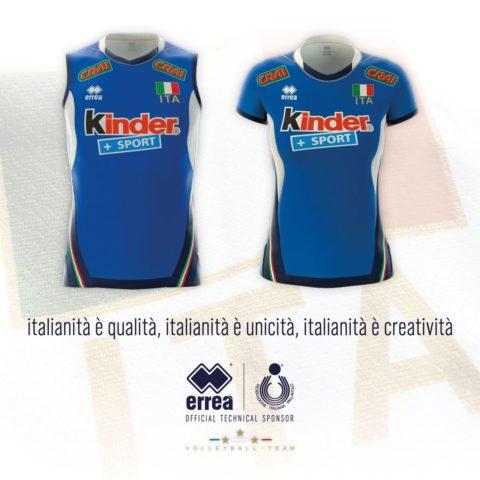 The new French jerseys also are made by Errea and feature the same Italian yarn made for lightness, breathability and elasticity. The jersey are soft, fast-drying and feature tiny micro holes which trap air and let perspiration out. The kits are said to be “classic in both colour and design, and confirm the desired elegance and stylistic lines.” 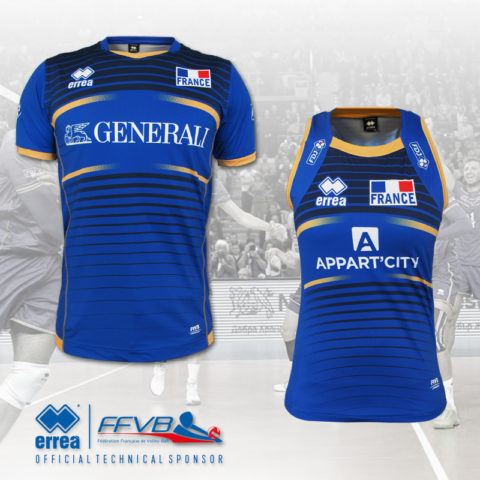 Special thanks to Jeremy Brahm for tracking the jersey changes.

how can i have one